With thanks once again to McKnight57 for the idea, I give you this week's "Versus" challenge: 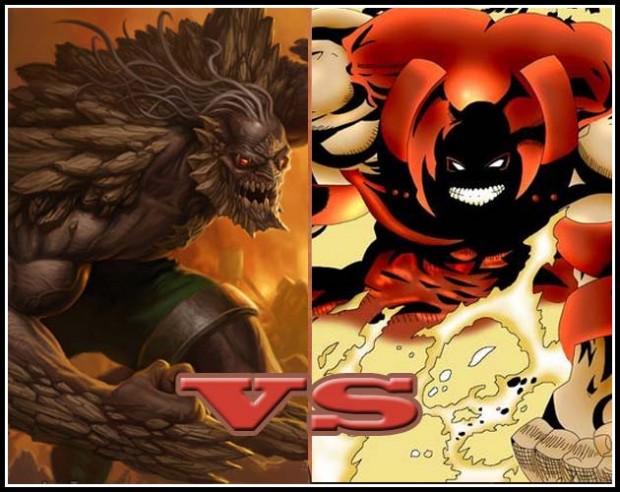 Two incredibly tough adversaries from different, each advertised as unstoppable in some way. So who comes out ahead, and why?

Doomsday has the advantage of being custom built to destroy anything, given time. He's even beaten Superman and by most accounts can survive unimaginably massive damage.

Juggernaut, however, has "magic" in the form of a big tasty gem that gives him unstoppable momentum. He's incredibly tough and has his own healing factor, as does seemingly every Marvel character not named "Aunt May".

Something has to give when this immovable object from DC smacks into this irresistible force from Marvel! So have at it, folks, and give us reasons why you're right.