With many thanks to frequent commenter McKnight57 for the idea, I present the following "Versus" matchup for your consideration: 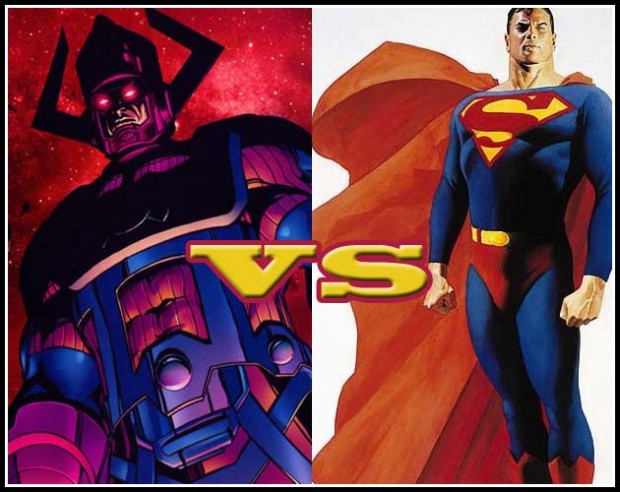 What I love about this is that Galactus is (appropriately enough) a galactic-level threat, a being of such immense power that only one item in the Marvel Universe can threaten him. Superman can punch things real hard, but no matter how strong he is, can he really affect someone like Galactus?

On the other hand, Galactus has been defeated on numerous occasions by Earth's super heroes. Granted, those are Marvel guys, but Superman surely is faster, smarter, stronger, and mightier than most of them.

So what do you think, who would win in an all-out confrontation between these two titans of their respective universes?

McKnight57's vote counts twice since he's the one who thought of it, by the way.

Now have at it!