When last we left our Lone Wolf, he was deciding whether to explore a nearby tower, or continue searching for a path through the surrounding forest. He's apparently a gregarious, curious little bugger, so we voted to head off to the tower: 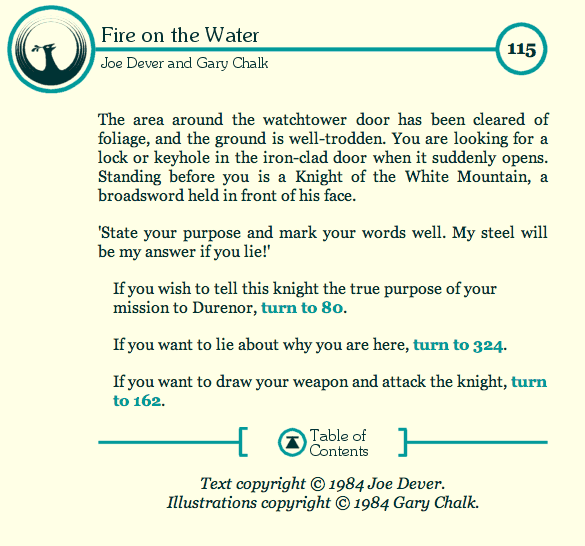 Ah, the Knights of the White Mountain! I feel certain that's a metaphor for the powder they use in their secret rituals, involving mirrors, razor blades, and loud disco music. In fact, I bet that's why he's holding that broadsword "in front of his face". Either that or his fellow Knight is Moe and he's ever on guard for the dreaded two-finger eye poke.

If you recall, there were two Knights of the White Mountain in our carriage ride. We elected not to gut them after discovering we were poisoned, which apparently turned out to be a good decision. But here's our chance to rectify that if you think we were mistaken!