Sorry for the late start -- one of our Border Collie dogs broke her leg and we had to run her to the vet. All's well now (well, except for the huge splint on her leg!), though, so on with Open Critique Day! 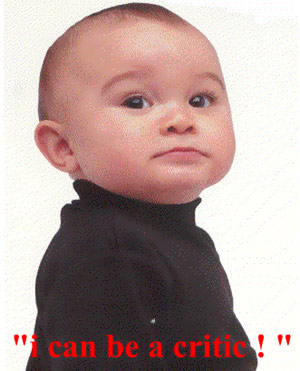