The Crypt of the Apocalypse! Or not.

In our last episode, our little Lone Wolf had cornered one of the rascally blackguards responsible for waylaying us and stealing our stuff. We re-acquired some of our long-lost coin and the all-important Seal, vital to completing our quest to bring aid to our benighted homeland. After a quick mental accounting, we decided to check out the big tomb in the middle of the square. 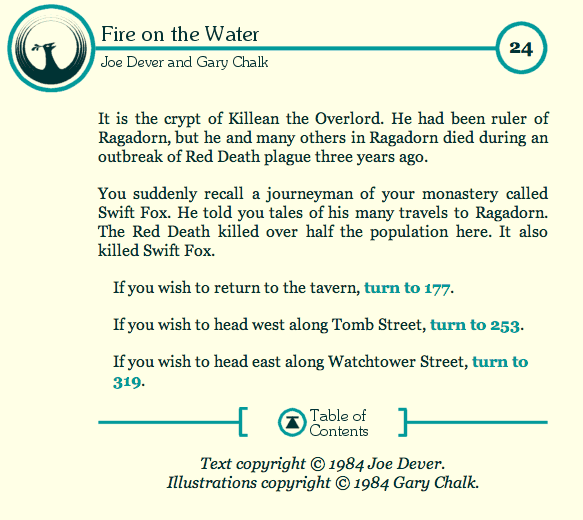 Gosh, that was enlightening. It's a good thing the author didn't waste our time with silly stuff like ravening liches or legions of undead skeleton warriors, and instead served up a juicy excerpt from a museum placard. Huzzah!

At this point I, as our tour guide on this little jaunt, had a decision to make. Does it make sense to wait a whole week just to decide which street to go down? I decided "NO" and thus turned to the expedient of a Random Dice Roller to provide us with direction when the choices are basically sort of random like this. Thus, the fates decided that we would head West down Tomb Street. Maybe we'll find more museum placards! 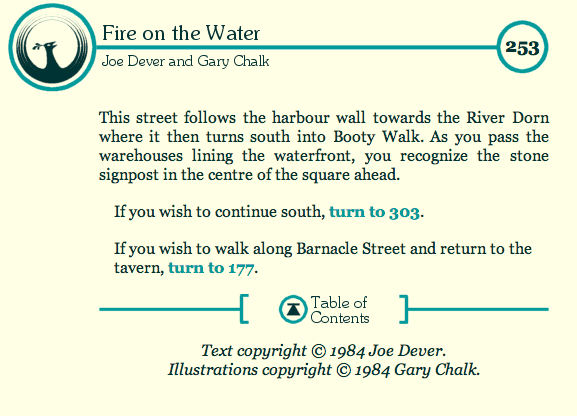 The Gods of Dice decide that we head south: 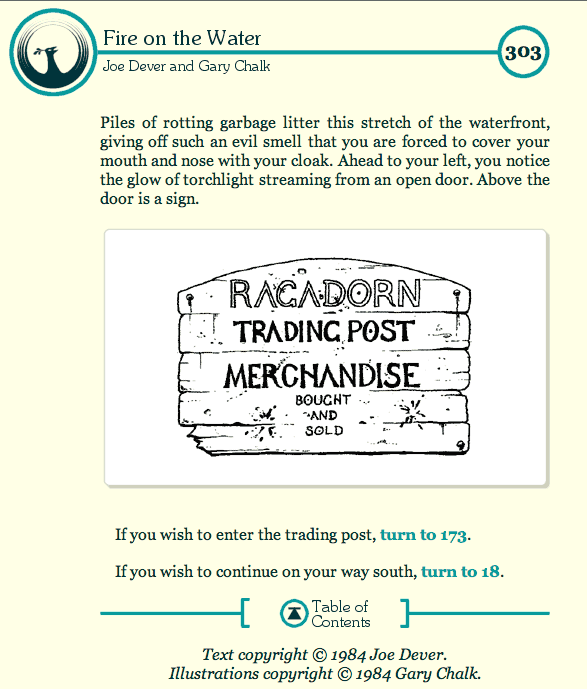 At last, something new! I don't know about you guys, but screw the dice -- we're going shopping! 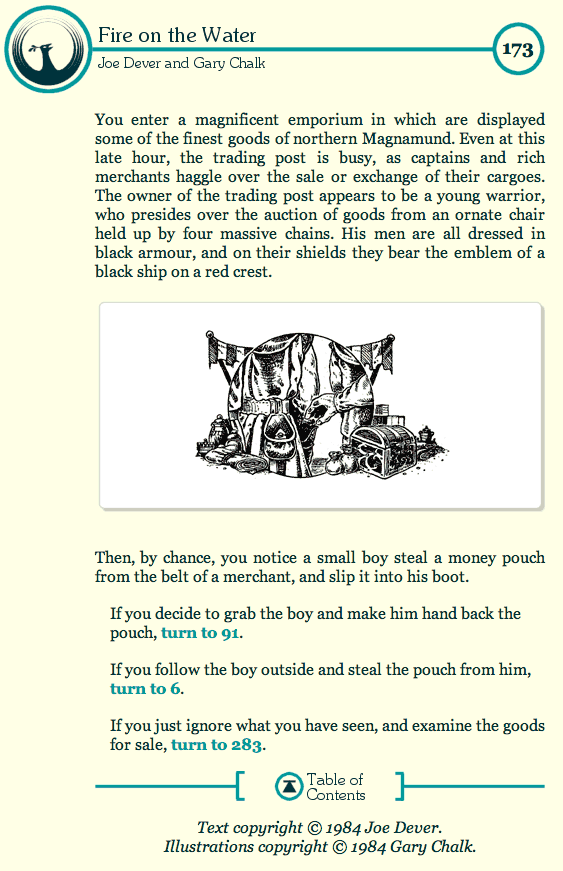 Oh my, apparently thievery is a way of life in this charming little burg. I wonder if this minnow is related to the sharks who beat us up and stole our stuff?

On the other hand, maybe he's just a poor waif heavily put upon by this lawless environment, trying to make his way the best he can in a cold and cruel world.

So what'll it be, do we a) rat out the little fink, b) follow him outside and improve his moral education by graphically demonstrating how much it hurts to have your stuff stolen, or c) pretend nothing happened (which we're good enough at now to practically turn into a Kai Discipline)?

12 Responses to The Crypt of the Apocalypse! Or not.