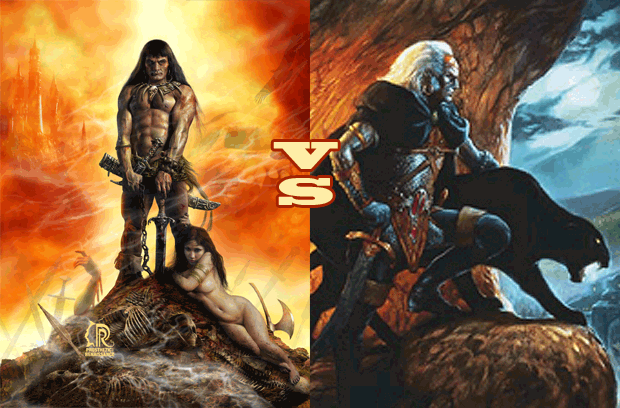 I realize I will get hammered for the undisguised pandering of this question, but I don't feel well and Myro will yell at me if I don't get my post of the day done, so here it is:

First of all, let's make clear that we're talking about Conan from the great Robert E. Howard novels, not the gap-toothed philanderer of the Hollywood version. And we're definitely not talking about Conan O'Brien, who aside from the momentary stun of the hair-whip would be largely defenseless against Drizzt's teddy bear, much less the Drow himself. The main points for me are:

Which means this is a toss-up for me. Who would you pick?