After a bit of back-and-forth about just what a "villain organization" is, I have arrived at a list of the greatest such groups in comics history so you -- yes, YOU! -- can pass judgement on which is the best of the best. Or worst of the worst, if you prefer.

Without further ado, we race to the Bat Cave of Judgement! 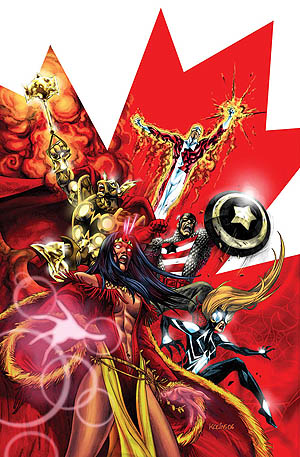 Looking over that group, I'm going to have to buck the odds and go with the Nazis for the reasons given above. They're just fun to watch get annihilated. Plus, they cross genres -- Indiana freaking Jones and the Blues Brothers both fought them in their movies! I don't see the Skrulls mixing it up in the latest Judd Apatow flick, do you? Of course, some will argue that this diminishes the evilness of the Nazis to the point that they've become too caricatured to be credible. But those people are wrong and stinky.

So which would you choose? And who did I leave off the list that should be on there?