It's hard to believe, but this is the one hundredth edition of the HeroMachine Caption Contests! If you'll indulge me, I'm going to take advantage of this centennial episode to take a little stroll down memory lane.

I held the first Caption Contest in March of 2008. Here's the entry that took it all that first time, which was submitted by Hades:

That was a toughie, with three separate balloons by two different speakers. Nowadays I've gone all soft on you people, but back then we had to write both ways uphill in the snow. I realize that makes no sense, but after three years, why start making sense now?!

I've always enjoyed Count Libido's winner for Caption Contest 6, with one of the cleverer ad puns to date: 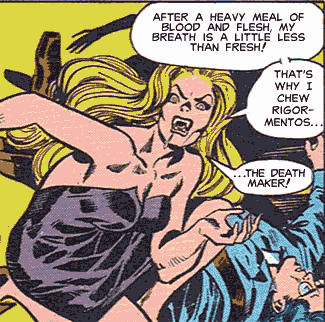 Generally I try to keep these very clean and kid-friendly, but I couldn't resist Rick's slightly ribald entry for Caption Contest 15: 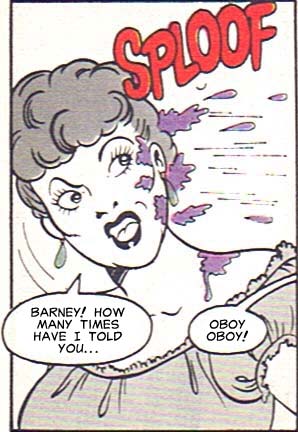 One of my all-time favorites came the very next week by BiLLYisAkID: 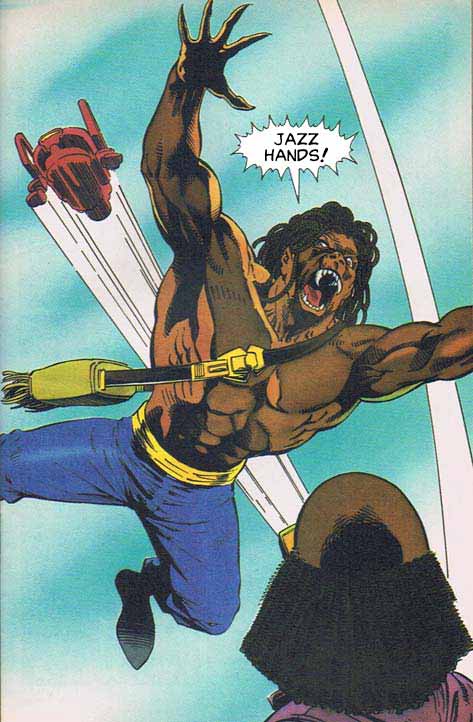 I loved the out-of-left-field grim humor displayed by X-Stacy in Caption Contest 18, a preview of years of fun to follow: 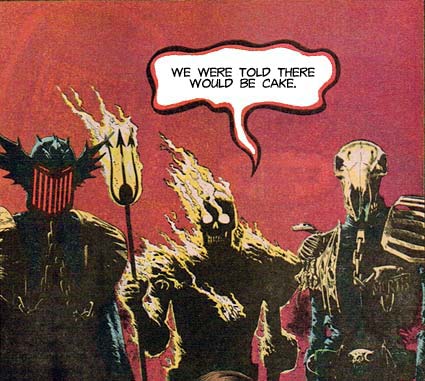 Runt82 thought he was making a joke in Caption Contest 29, but in fact this power will soon be appearing in the pages of the new "Superman" reboot. 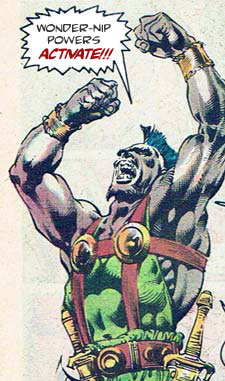 We also got a rejected preview poster from the upcoming "Avengers" movie courtesy of X-Stacy in Caption Contest 38: 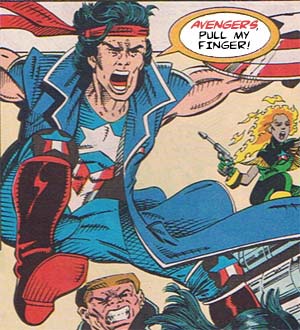 There are too many more to get into, of course, but those are a few of my favorites from the past three years. Thanks to everyone who comes by to put in their ideas, I always enjoy reading what you come up with!

And now, on to the 100th edition of the Caption Contests. The prize this week is a bit different, too -- we're going old-school, and for your prize you will get a free custom black and white character sketch of any one of your characters you like. So if you've always wanted a convention-style shot of your favorite creation all drawn up fancy-like, this is your chance! 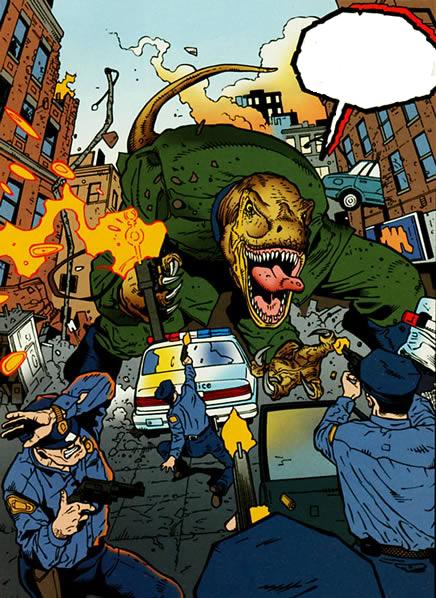 What's not to love about Tyrannosaurus Reich?! All entries must be left as a comment (or comments) to this post. Keep ‘em clean (appropriate for a late-night broadcast TV show), but most importantly, keep ‘em funny!