With help from Facebook Nation, we're returning to the lethal simplicity of the head-to-head matchup, this time in the realm of the dark wizards: 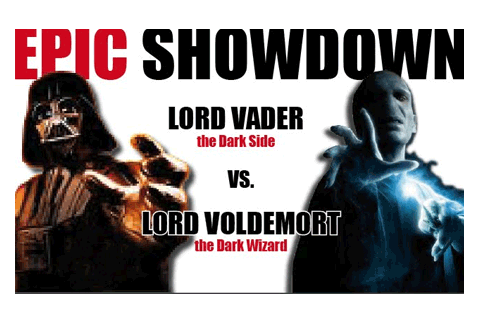 Both have magical-type powers (one from literal magic, the other from the Force). Both have mechanical aids (wands vs. light sabers). Both have vast resources of minions on whom they can call for support. And both are complete bastards.

So who would win?

(Image via "EpicShowdowns.blogspot.com", which had this exact conflict featured last year!)