The worst super hero costume ever?

I've seen enough bad super-hero costumes over the years that it takes a lot to shock me. But I have to admit, Hydroman's unholy abortion of an outfit leaves me almost speechless: 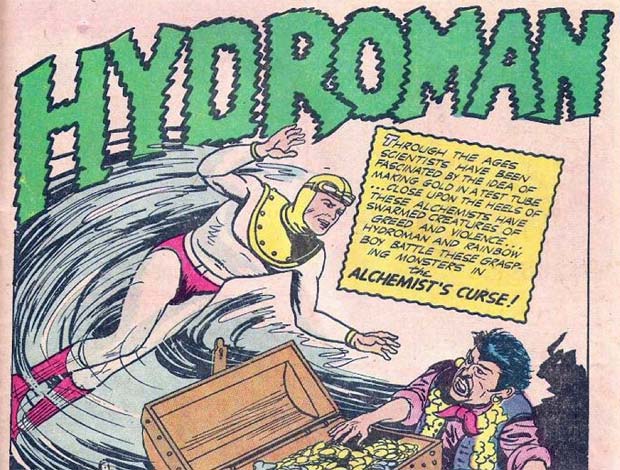 First of all, you know you're in trouble if you let Rainbow Boy design your outfit. Because if you do, you're going to end up strutting around in white nylons with hot pink boots and shorts.

Second, how on Earth does a water-based character end up with a deep-see-diving collar surmounted by an aviator helmet?

I know that personally, I always protect my precious leather accoutrements by routinely dousing them in water.

At this point in the analysis, I had two distinct working theories on how this costume came about. On the one hand, I thought maybe he was drunk the night he got his powers and just threw together whatever he could find in his mother's closet. On the other hand, I thought it was a distinct possibility that his sidekick "Rainbow Boy" designed it for him.

Then I stumbled upon this view of his outfit and I was more confused than ever: 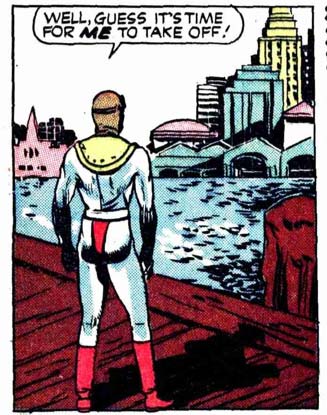 So you tell me, is that a result of a drunken revelry through Mrs. Hydroman's closet, or the puckish fashionista Rainbow Boy having a bit of fun with his straight-laced mentor?

14 Responses to The worst super hero costume ever?