Shouldn’t that be “The Flouncer”?

I say if you're a body builder with lovely curls who wants to show up at your late-night bar bouncer gig in a dress and open-toe wrap-around sandals, you should totally go for it: 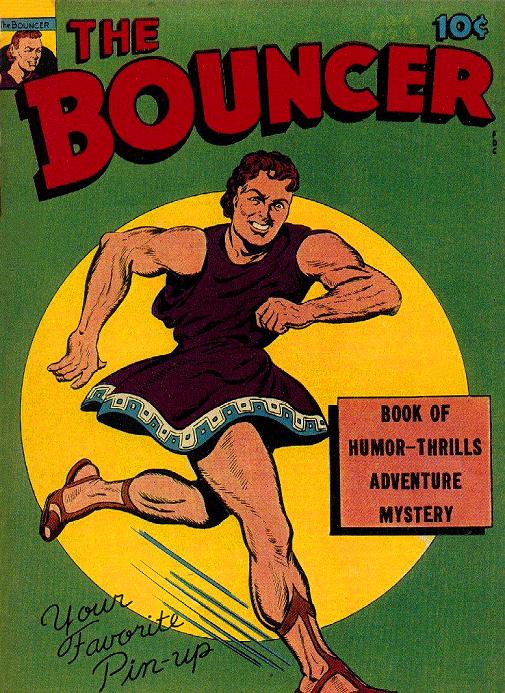 Trying to get a super-hero job out of it seems like a stretch, but then, who am I to question my favorite pin-up? After all, he has (and I am not making this up) "bouncing powers". Which makes sense because he used to be a statue.

It's too bad entertainment isn't as solid, intelligent, and completely normal as it used to be Back in the Day, amiright?!

45 Responses to Shouldn’t that be “The Flouncer”?