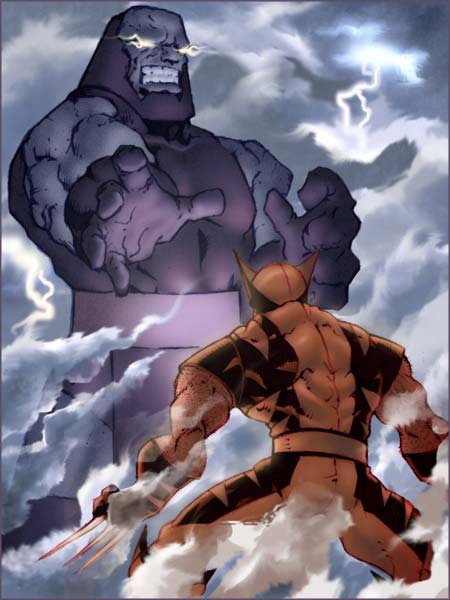 I'm taking a break from the "Greatest Ever" series of questions this week for some good old-fashioned butt whooping:

I honestly think all of those would be pretty fun, but the one I'd personally most like to read would probably be Wolverine Vs. Apokolips. They're all so bad, and yet powerful enough to put up a whole raft of good fights. And I'd like to see the final confrontation between Darkseid and Wolverine.

What about you, what would you like to see?