I've made no secret of the fact that I was a big "Legion of Super-Heroes" fan growing up. But one member I could never quite get my head around was Timber Wolf, and in retrospect my difficulties probably started with his costume: 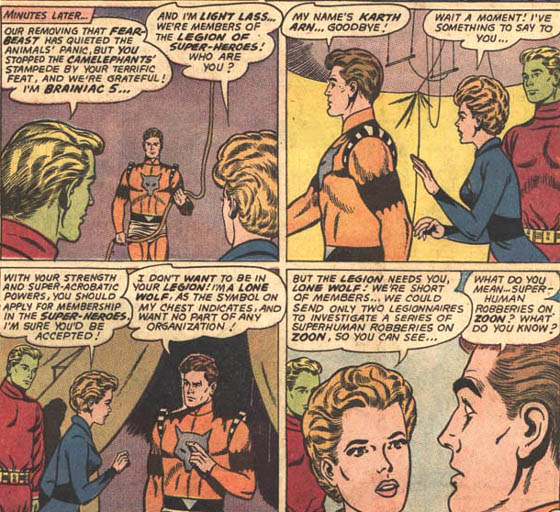 You can tell he's a rebellious, wild, savage Lone Wolf by the symbol on his chest, and the fact that he wears his Granny panties on the outside. Vicious! Plus, like many too-wild-for-society outcasts, he wears his excessively starched collar without a button. Take that, Convention!

I also like the pre-mourning black armbands, just in case he ever lets anyone get close and then they die, which would totally never happen because he's a lone wolf, but still. Even lone wolves can be prepared.

I also like his wild-beast, untamed, living-in-the-wilderness hair. Lone wolves might be terrible barbers, but luckily timber wolves have mastered the follicle arts, because that's one nice 'do. You can tell he's a hair-savvy timber wolf by the barbershop stripes on his fashion-flaunting epaulettes.

In future redesigns DC would address the hair issue: 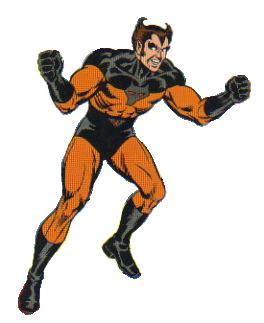 But most importantly, check out that hair. Now that's some beastly coiffure, folks. You can't help but see that and think of a wild animal, some savage, wild, small animal. Some bad-tempered, wild, savage, small animal that is ferocious and tenacious and a loner and ... wait a minute! 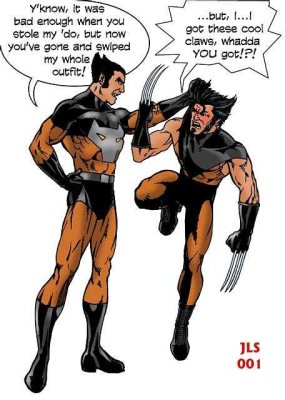