Canary in a Coal Mine

I like Black Canary. There, I said it. Despite the fishnet hose, trampy collar, and trailer-park blonde wig, I dig the character quite a bit, having formed my opinion of her during the 1970's "Green Lantern / Green Arrow" stories where she was a strong, butt-kicking woman. She seems to me to be one of the most well-rounded of the DC stable of female characters.

What I never understood was why she didn't track Zatanna down and slug her for stealing her costume: 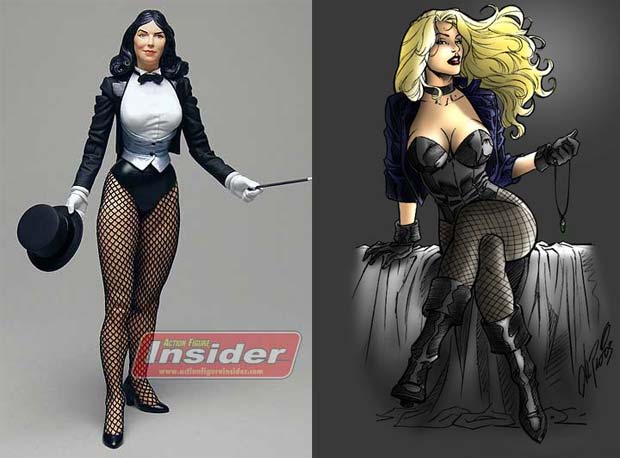 Seriously, chick's magic, she can have whatever she wants for a costume, and the best she can do is "eviG eM kcalB s'yranaC emutsoc"? Sistah please.

At various times, the powers that be at DC have agreed, and tried to "update" her look, sometimes to good effect, and sometimes to bad. Like this one: 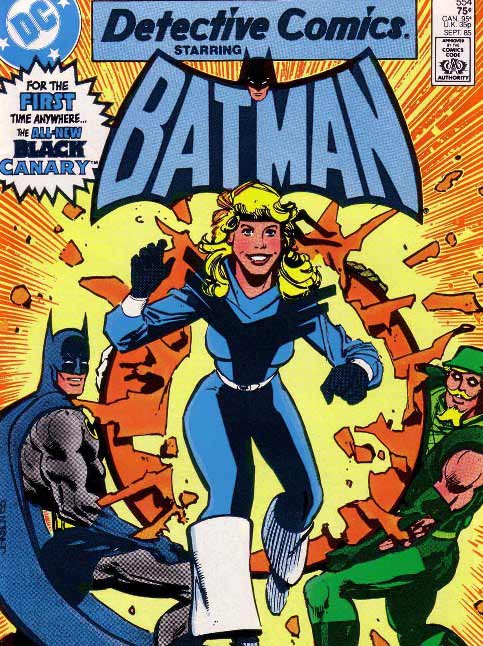 I imagine the creative meeting going something like this:

Editor: You know what's hot right now?
Artist: My pits? Seriously, it's so hot in New York right now fat guys are makin' their own gravy.
Editor: No, you idiot, I'm talking about workout videos!
Artist: You mean taut, lithe, sweaty women working out in tight clothing? I have no idea what you're talking about.
Editor: Just go away and redesign Black Canary as if Olivia Newton-John were starting in the movie version and quit stinking up my office.

I can't quite put my finger on it, but this just seems like a mom who rolled out of bed one morning and decided to fight crime without changing out of her sweats.

The headband is the literal and figurative capper, of course. You couldn't walk around in the super-hero universe of the 80s without one of those things, which a decade later would morph into living snake-gods at the loving hands of Rob Liefeld and company. But I also hate the thick, puffy sleeves, the obligatory mid-80s colored stripe down the center of the uniform, the white pirate boots, and the useless white cuffs. She's gone from looking like a hot, sexy, slightly dated yet still classic temptress totally in keeping with her general theme of "night singer" to this uncomfortable, every-square-inch-covered fitness video reject look.

But mostly, it's the headband. I wish someone had choked this bad canary of an idea before it ever got out of the mines. Thankfully they'd ditch this look in fairly short order and get her back to something more bad-ass and less baggy-ass.

11 Responses to Canary in a Coal Mine