It's time once again for another Open Critique Day! I realize the cartoon below is about film critics, but let's be honest, a lot of the same observations apply. 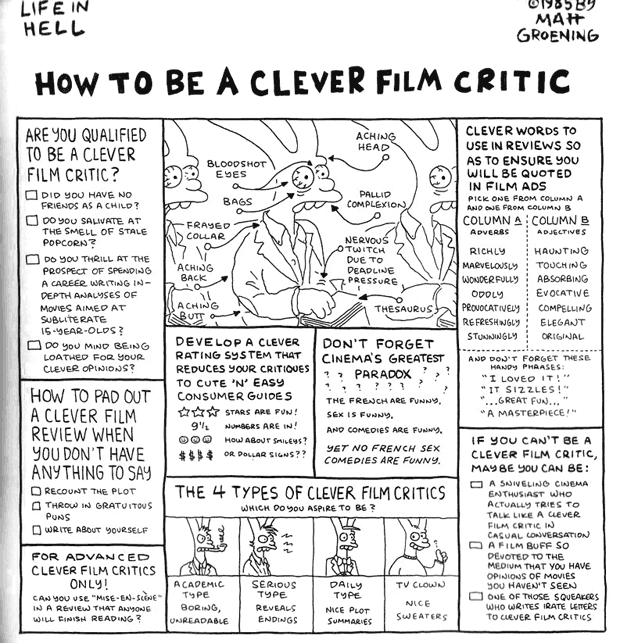