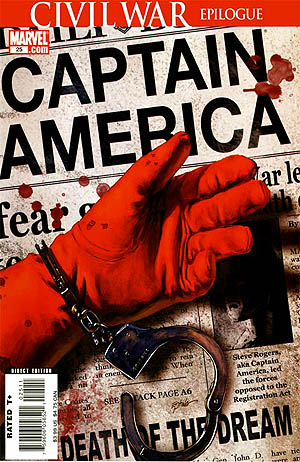 Since it's Academy Awards Nominations Announcement Day, I thought we should continue on our run of discussing the various "best/greatest ever" aspects of super hero comics. Today our subject is death!

So loosen up those spittle-flecking muscles and let's rumble!

Before I start, in the interest of full disclosure I should admit that I haven't read all of the stories below. So my commentary will be colored by that. What can I say, I suck. Also, I am old so some of these stories had a greater impact on me personally due to when I was reading them than they might perhaps warrant based on either the actual story or its place in comics history.

Finally, each of us will have our own definition for what makes a story "great", which is a major part of the fun. I look forward to vigorous debate in the comments about why you choose the one you do, what you think "great" means, and why I personally am a moron. Let the indignant spittle fly!

So that's the list I came up with, and now I turn it over to you all for debate and discussion. For me personally, I'd have to go with Jean Grey. I think the story was the best written, coolest, and most powerful of the lot.