I would wager that some of these have already been done, but I love both alternate historical settings for "what if" style stories, and Wolverine, so I wanted to combine them both: 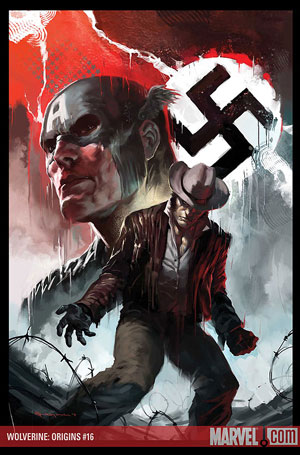 I'd probably go with the alternate history where the Nazis won WWII, because you can never get enough of Nazis being sliced into bits. Plus the idea that Cap might show back up, maybe as the agent who persuades Logan to switch sides, would be pretty cool.

How about you, what would you like to see? Any classic alternate histories I might've missed?