A lot of how you approach the following broadcast of the Comic Book Nerd Fantasy Question Network depends on how you define "permanently". Because if there's one thing comic book nerds like me love as much as comics, it's arguments about grammar, especially when they involve Batman. However, here's the question:

The most intriguing ones to me are the X-Men and the Fantastic Four. The Avengers are all about raw, unadulterated power and flinging the biggest weapons at the biggest opponents. Although he can play that game, that isn't really when Batman's at his best, in my opinion. The Power Pack would be hilarious as a one-off or mini-series, but not long-term.

So I would go with the Fantastic Four, for the reasons I gave -- I think the story-telling hooks would be fascinating, given the family nature of the team.

What about you, what would you like to see? I went ahead and took the liberty of making an imaginary cover for my imaginary team-up, not to influence your vote or anything! 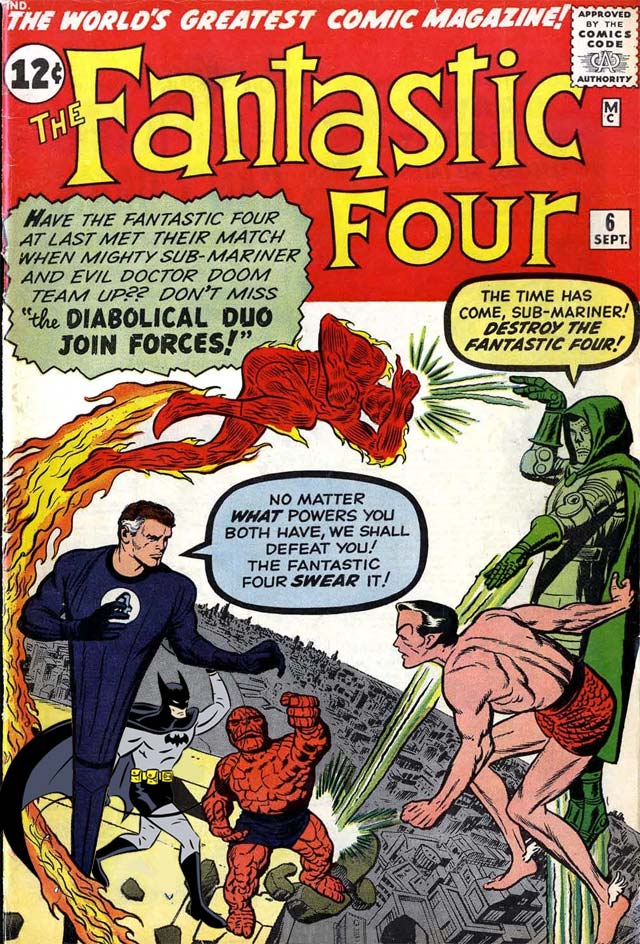