We've all worked for a crappy boss before, the kind of guy who makes you wish your cubicle were soundproofed and invisible. Now imagine if that walking bag of hammers had super-powers. Yeah, scary. Which brings us to this week's Poll Position:

My vote is pretty easy, frankly -- I'd go Cap all the way. However, I can see how his ultra-patriotic, holier-than-thou kind of attitude would grate.

Who would you pick to work for? You can add your own answer if you don't find any of these compelling, but please don't make me go in and delete yours. That makes me grumpy. 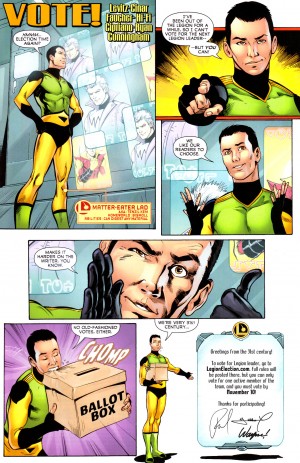 Edited to Add: Sadly someone proved incapable of maturity and added an option that was as stupid as it was inappropriate, so I've turned the "add an answer" option off and probably won't ever use it again. This is why we can't have nice things.