With great delight and no further fanfare, I present the following exceptional entries to Character Contest 51: Alien Nation!

First up is Abominal401's "The Shadow of the Demon", which I don't think qualifies as an actual "alien", but which I wanted to show you for the great use of silhouette and posing here. The use of just red as the lone color makes for a very striking effect. 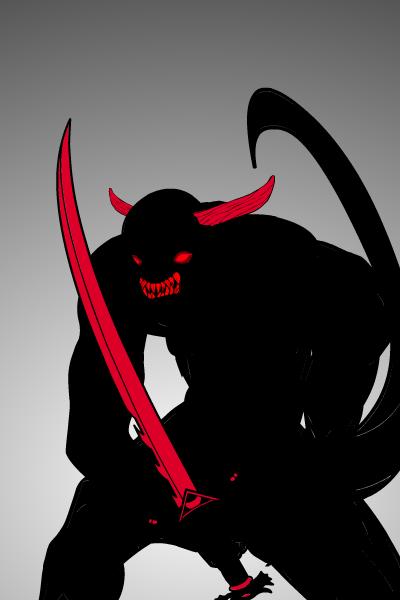 I don't love Asder's "Avatar" homage here, but I do love the background. At first I couldn't figure out how he did the background, but it turns out to be as simple as it is effective. 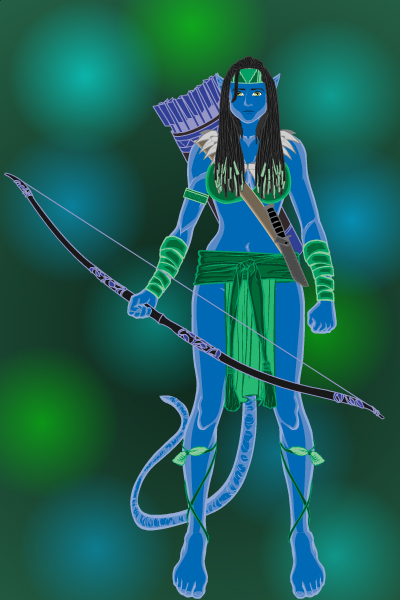 I thought MMI's "Arachni" was a little more "super hero" than "alien" but I love, love, love the patterning of the spider web onto the smoke trails. That's an awesome look. 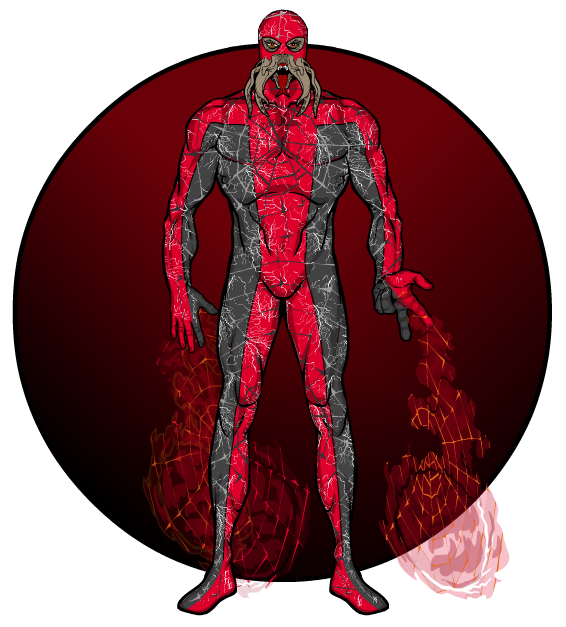 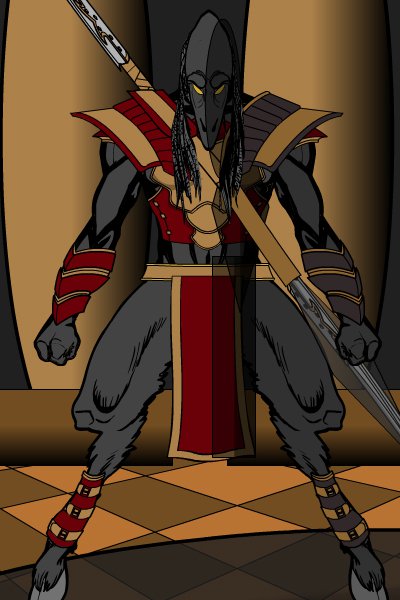 Cliff went for the ever-popular "Alien Squid Tentacle Guy and Hot Girl in Bikini" motif in his "Sixty Seconds Before" homage, and I liked the alienness of the creature. 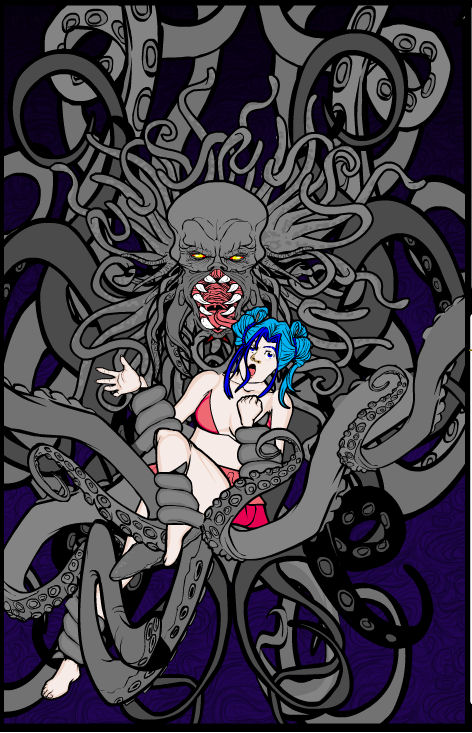 DiCicatriz had the best "alien mech" type of entry with "The Unseen". I love the glowing headlight and the simple but elegant arrangement of the body parts to make a convincing crab-like creature. 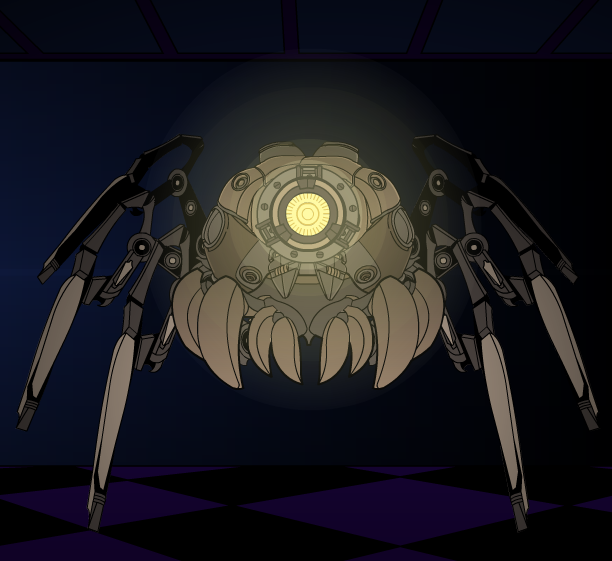 I figure if Millar and Hitch can turn Samuel L. Jackson into Nick Fury, Galahad should be able to make him an alien as he did with "Samuel L. Zaxmar". 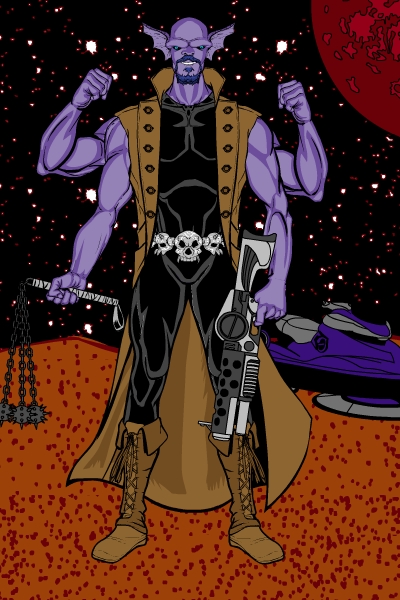 Kaldath put together a nice ocean scene along with a cool looking aquatic alien to populate it with "Pyronling". 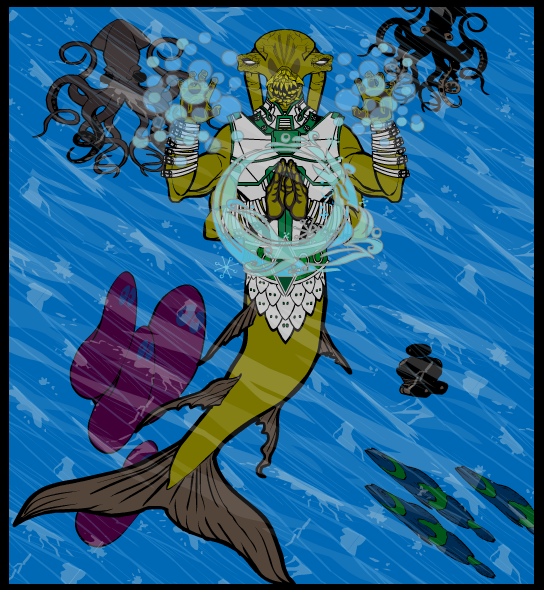 I thought Kingslaughter did one of the best "scenes" I've seen yet in terms of layout and creative use of posing. I wish the coloring had been more cohesive and not so ... jarring? Regardless, very well done. 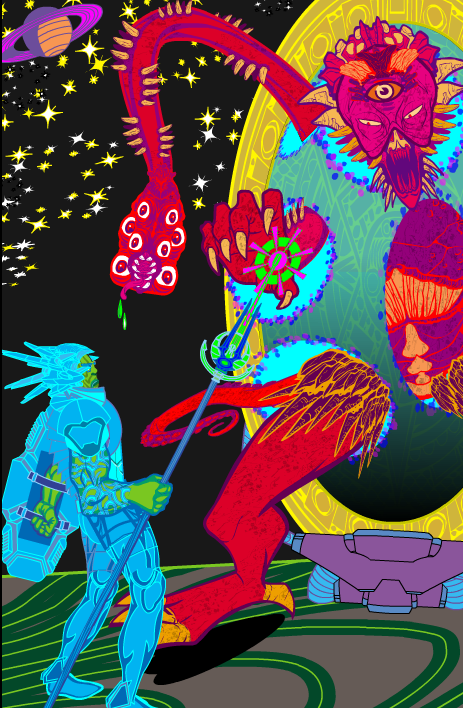 Another MMI entry is the neat looking "Drop From Above Alien". I thought the background in particular was cool, but the creature itself is also excellent. 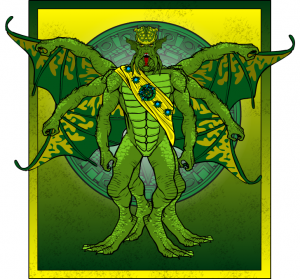 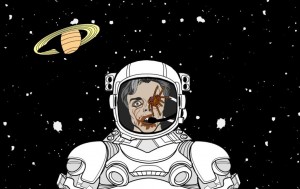 Rozenstal made a comment on his entry that he thought there were too many "humanoid" entries, and he wanted to do something not based on our basic build. I agree, actually -- I was hoping for some really "alien" entries. So when deciding which of the great entries would win, I ended up narrowing it down to the following batch of "non human" aliens.

First is Rozenstal himself, with a nasty looking reptilian beast. 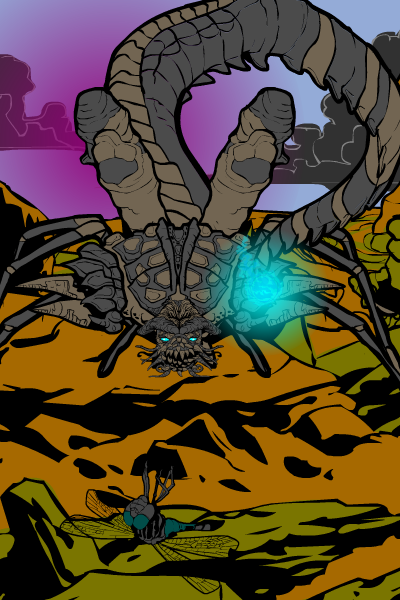 Watson Bradshaw's "Alien" looks like a robot I've seen before but I can't quite place it ... Still, nice job! 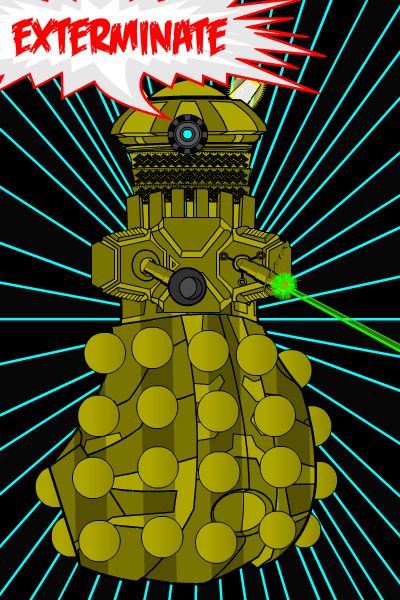 Our First Runner-Up is from Tango, titled "Mynzithrum". I love the reflected face in the glass, the water effect surrounding the alien, and of course, the alien life form itself. The design, coloring, and overall layout are all exceptionally well done. 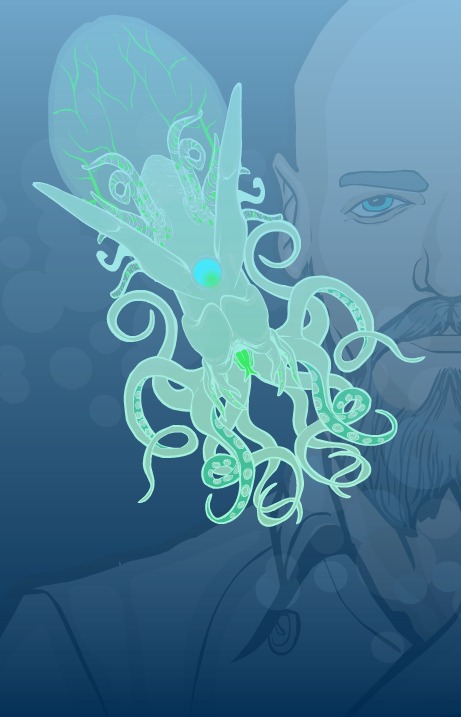 Finally, the Winner of this contest is, as far as I can remember, a newcomer to these endeavors, and I think he knocked it out of the park with all his entries. While stories or explanations aren't necessary -- this is 90% a visual competition -- but I absolutely loved his. I mean, take a look at his explanation for the "Tateroids":

Tateroids are potato shaped, silicon based life forms that spontaneaously change sex if suprised or frightened, often causing the unexpected release of a single, nerflike egg. Tateroids are, understandably, sociophobic and don’t get out much.

And here's the image: 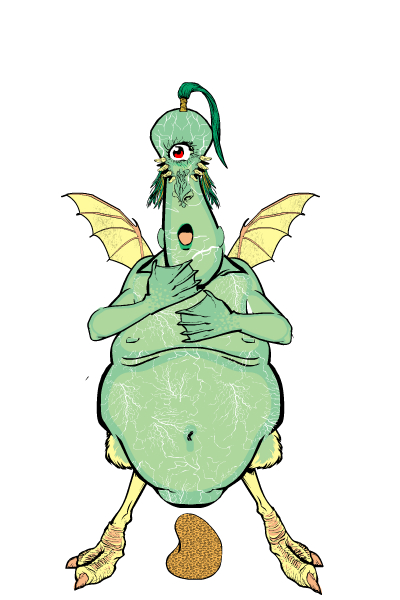 A wonderful combination of imagination, writing, and art. I loved it. Here are a few more, but do yourself a favor and check them all out, they're just great. 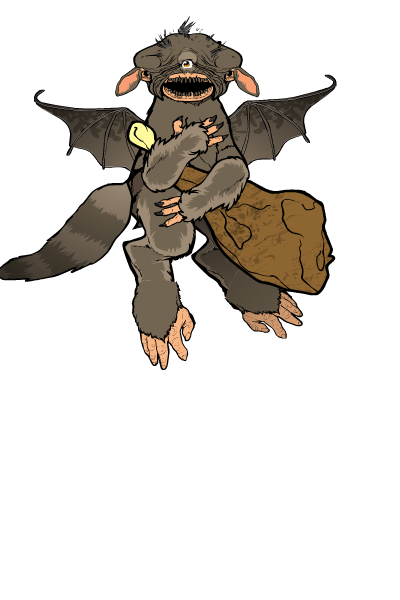 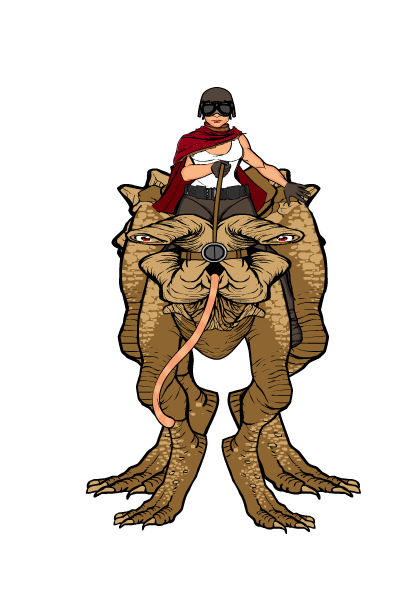 So for embracing the challenge of creating aliens both visually and texturally, and for doing such a kick-ass job all the way around, I am happy to pronounce PapaKrok the winner of his choice of any item or any portrait to go in HM3, or a "Sketch of the Day" style illustration.

Congratulations to him and to all our Finalists, and thanks to everyone who took the time to enter!