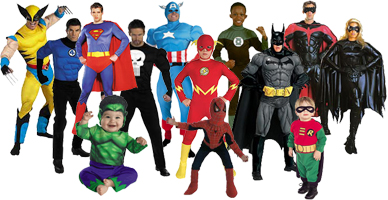 (Look at the size of that baby!)

With Halloween coming up, I thought it would be fun to explore what might come about if you were bitten by a radioactive shop attendant while wearing your favorite costume:

I'd probably go with Ghost or Pirate, because they seem to have power sets that would be both applicable and fun in the real world.