The response to Character Contest 40 was great, I appreciate all the hard work and time y'all put into this. I especially loved the chance to read up on some Southern legends I hadn't heard before, so special thanks to everyone who provided links to the myths and legends that inspired your creations.

Having said that, let's get to the Finalists!

First up is Alan Bates' "Bell Witch". There's a nice technique here with the green to black gradient as the background, with the contrasting red of the dress int he foreground, that helps this image out a lot. Nice use of color theory there, Alan. 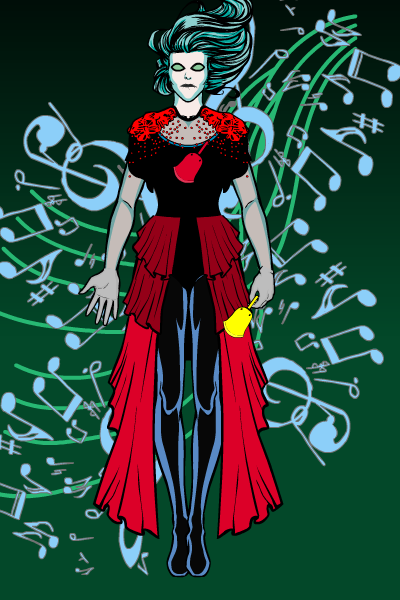 Next is Atomic Punk's "Bonnie Blue", based on a flag used at various points by rebellious states. He has a really nice back story for the character and I like the use of history. 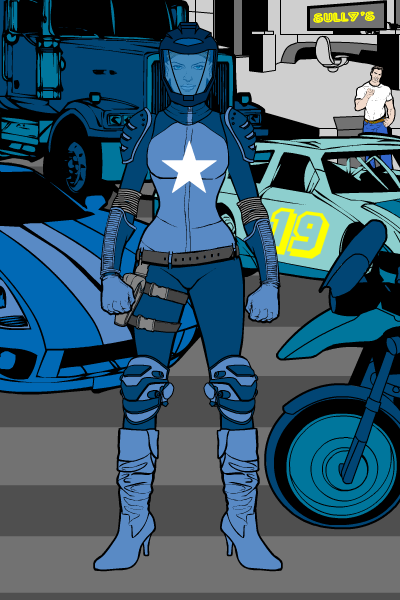 Cliff's "Big Mama" makes great use of color and proportion to make a convincing character not based on the traditional super-hero stereotypes, which I like. 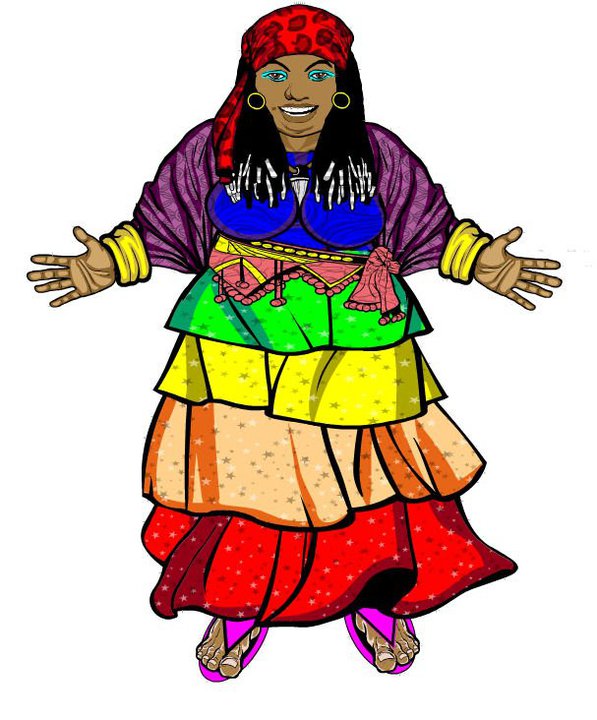 Danny Beaty put together a fun and kick-ass looking "Daisy Duke" type of character with "Swampwater Molly". On an unrelated note, I sure see a lot of red-heads in the country, both in Texas and here in Colorado. Why is that? 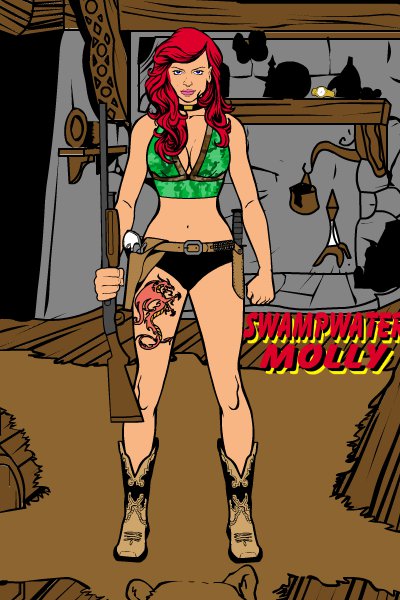 Despite not being a US resident, I think Decolda did a nice job capturing the spirit of New Orleans with his "Saints Necromancer". I can totally see this guy as an actual super villain, using his mandolin to lure the dead from their graves to dance in the streets of the River City. Very cool. 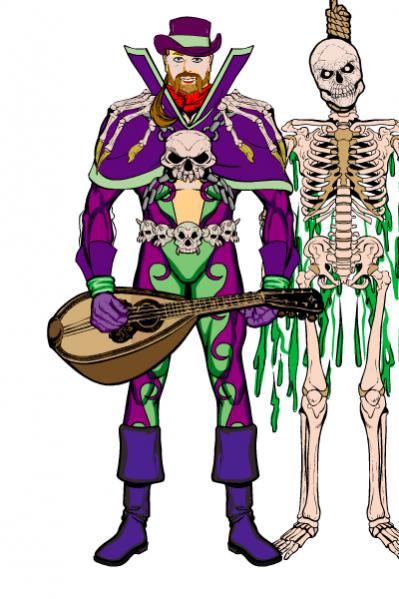 DiCicatriz always has great illustrations, and furthermore he (along with rancid) posted their links perfectly. You right-click on the link, choose "Save Image As" and the file's perfectly formatted with the name, a dash, and the character name. Love it. No having to wait for ImageShack to load, no having to click through three times to get to the character, it's just right there.

Anyway, technical details aside, I was prepared to hate "Mrs. Ippi" just on the name, but he really pulled it off. The use of the water integrated into the clothing and the cool cape effect of the waves behind her make this a very cool looking lady indeed. 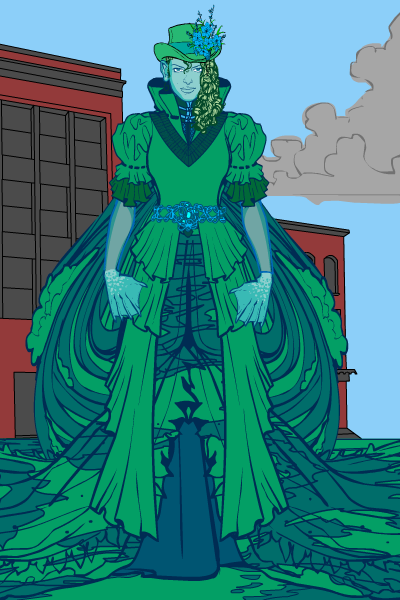 I also liked DiCicatriz' Uwasa, particularly the very subtle way he's position the feet to make the character not head-on. 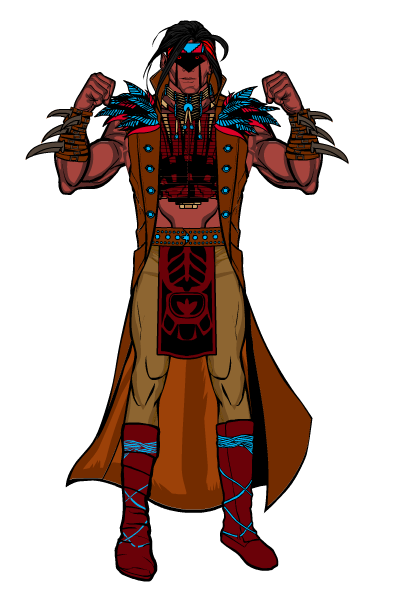 Now, as I said, I'm from the South (born and raised in Louisiana), so I'm a little sensitive to the stereotypes Americans sometimes have about the region. But I still couldn't help but laugh at Gargoyle323's excellent "Redneck Ranger", especially his adorably-named canine sidekick "Hush Puppy". In fact, he bears an uncanny resemblance to the local news' food critic I grew up with, the "Cajun Chowhound". Very funny! 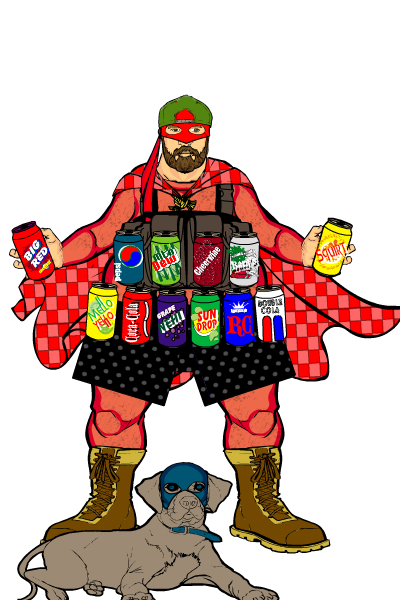 Ian Healy's "Thunderbird" looks like something out of a "Cannonball Run" or "Smoky and the Bandit" nightmare. Or fantasy. Whichever, somewhere Burt Reynolds is smiling -- not that you can tell through the massive amount of plastic surgery he's had, but still, a very fun and cool looking character. 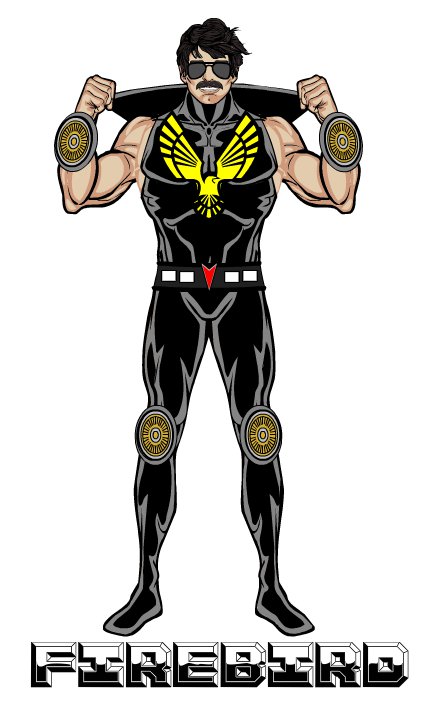 It wouldn't be a contest without me showing some Imp love, and this week is no exception with "The Gracelander". The pants don't quite work for me, but I loved the background a lot, which made up for it. Nice job! 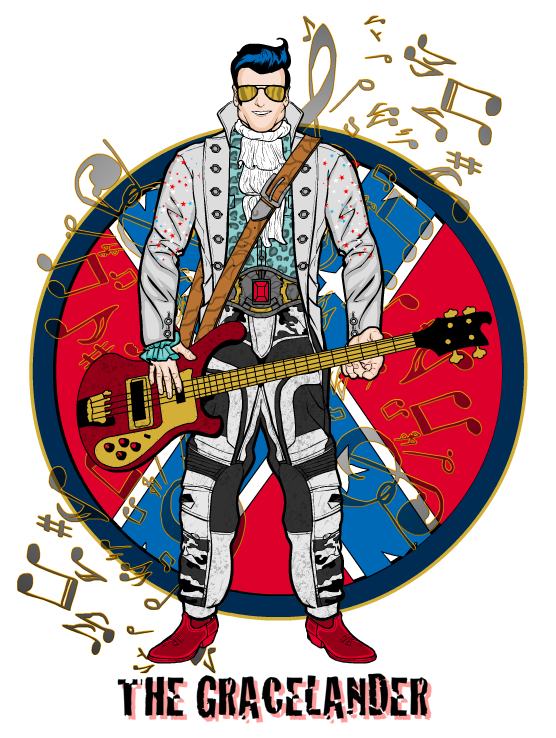 Me, Myself, and I put together a great looking aquatic-themed character. The masking of the wave item onto the costume just works wonderfully, and the whole composition is a winner. Great job on this one. 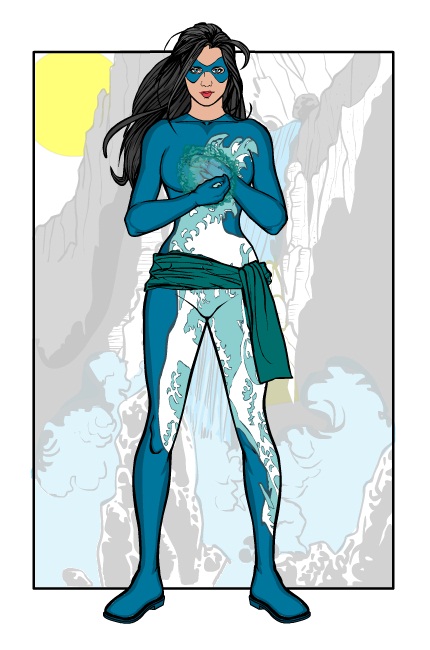 "Phatchick" submitted "The Flamingo", which is a great idea -- flamingos are definitely a Southern thing without being stereotypical -- and came up with a great Zorro type of vibe I really liked. 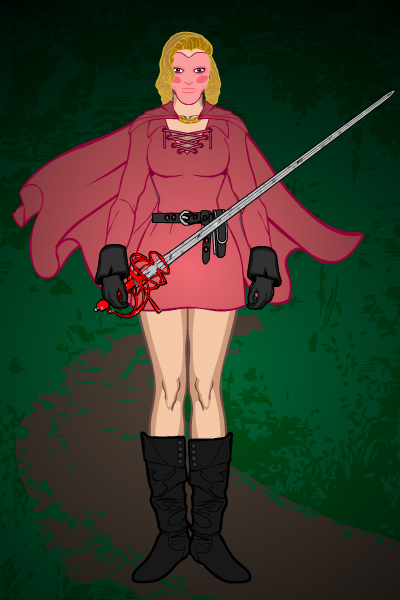 Finally, the winning entry this week is one of the strongest overall illustrations I've seen in a long, long time. The character herself is great, with a combination of tattoos and energy effects and clothing that all work well together. Then you've got a wonderful background and setting, all with a somber and dark color palette perfect for the swamps of the South. Ladies and gentlemen, I am pleased to present your winning entry for the Southern Fried Contest, Haz's "Mysterious Swamp Woman": 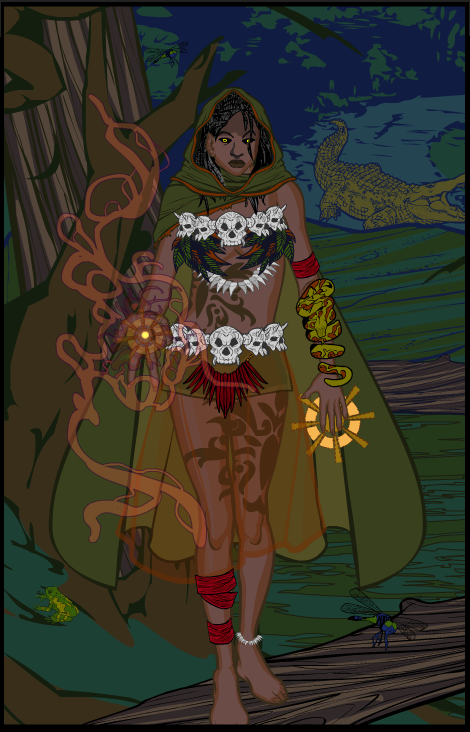 Haz wins his choice of either any item he likes, or a portrait, either of which will be included in the final HeroMachine 3 release.

Congratulations to Haz and all the other Finalists, nice job everyone!