Because even the gods need some time off, you know? And if you're a god from the frozen tundra, it only makes sense you'd take your vacation in the tropics.

Also, I like to think there are several small children cowering in terror just off-camera where Volstagg will land his belly buster. 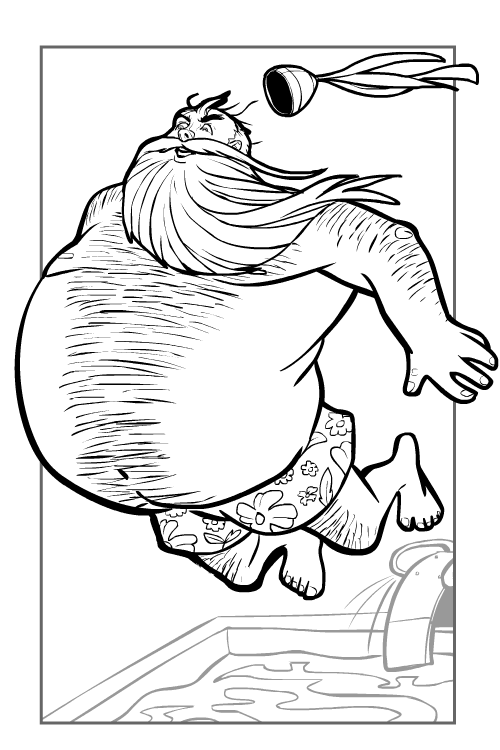