Just a collection of doodles today, working on line weight. This is what most of my notes from junior high on through college looked like. Sigh. 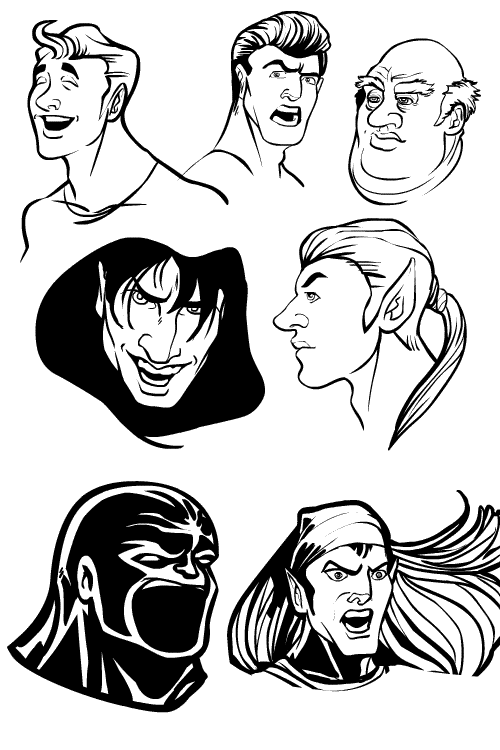