This week's topic is death, because what could be cheerier on the eve of a weekend?

Basically I am curious as to how you view death in your RPGs, and experiences you might have had with different methods of dealing with it. In the early days of the hobby, death of the player characters was pretty much a given, with even Total Party Kills not being all that uncommon. You were basically running more fleshed-out chess pieces, and the idea that you'd spend months or years investing so heavily into one would have been somewhat foreign.

Of course that changed pretty quickly, and now I get the sense that when you create a character for an RPG, you're expecting him or her (or it) to last a long time. We do get invested in them, and having them "die" on us is pretty jarring. This is particularly true in super-hero RPGs, at least in the campaigns I was in -- supers just don't stay dead all that much. I've lost track at this point how many times Hal Jordan, for example, has gone to the great beyond and come back.

Fantasy RPGs like D&D made it even easier via resurrection and reincarnation spells. But treating death as nothing more than an inconvenience ("We have to drag Bob back to town AGAIN?!) tends to cheapen it. I still remember the death of Metixa, a first level magic user who bit the dust early on in The Evil DM's Play By E-Mail campaign (warning, some images on linked site are NSFW!): 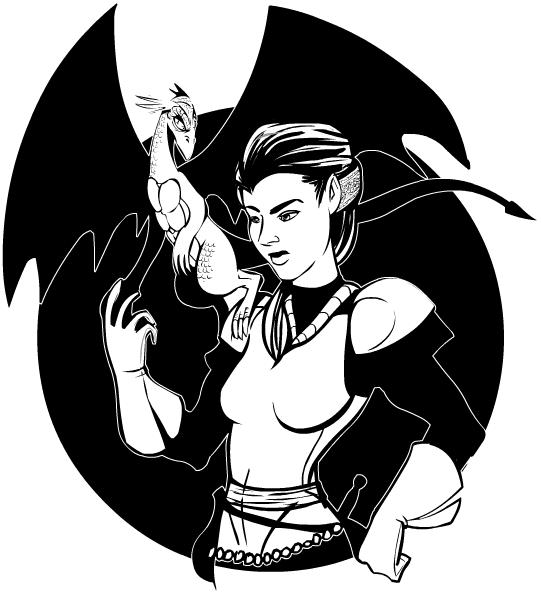 Unfortunately the campaign itself failed a saving throw shortly thereafter and was canceled, but because Jeff's campaigns treat death as final, losing her really "meant" something, at least as far as the story was concerned.

So how have the various campaigns you've been a part of treated death? How did the rules or the GM's treatment of death affect your enjoyment as a player? And what approach do you prefer, if you have a choice?