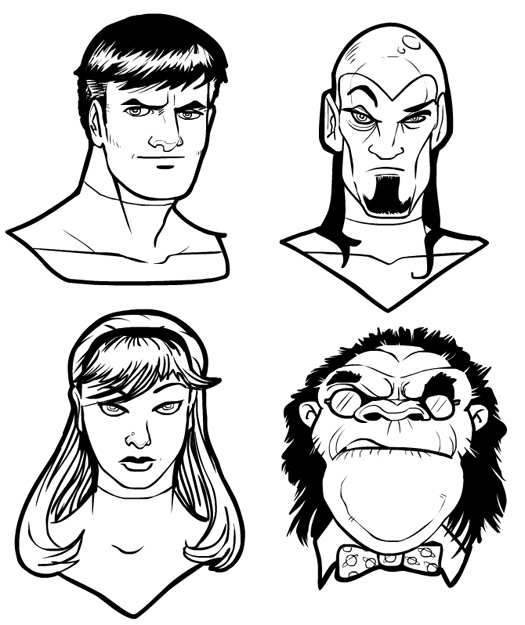 These are all freehand, no reference. I started with the guy at the upper left. I kind of liked him and was on a roll, so I drew the next guy, with the metal cap. I liked him too, which is fairly unusual (two in a row, woot!) so, feeling greatly daring, I went for the female. After some tweaking, she was also good, so it was clearly time for a gorilla/chimp super-scientist to join the team.

What team? No clue. Maybe they're strangers who just happened to show up for their picture in the same outfit. Em-barr-assing!