For the first time, we at HeroMachine.com are proud to bring you the previously untold story of how Namor lost his "Worst Dressed Aquatic Hero" award: 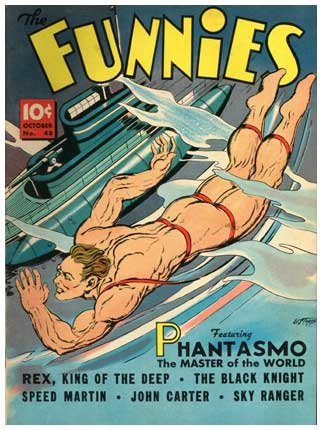 Look, ribbons may count as a "sport" in the eyes of the International Summer Olympic Committee, but in no way should they be considered as substitutes for an actual costume in the annals of super-heroic adventuring, a memo Phantasmo clearly missed. I just thank whatever deities may exist that we are exposed only to his dorsal view, because I have no desire to see what that ribbon is doing on the flipside.