I'm going to go out on a limb here and suggest that perhaps wearing a costume that looks like someone's given you an atomic wedgie of such massive proportions that your underwear actually forms a cape is not the best way to inspire awe in the Enemies of Freedom: 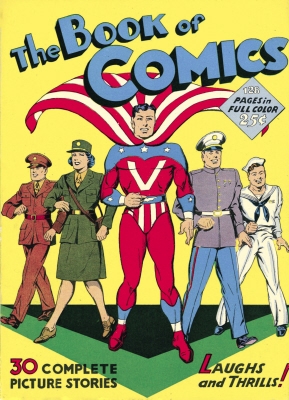 Throw in the way his head seems to be floating, severed, over the obnoxious underwear cape and the always-hated greaves-not-boots footwear and this is not America's proudest moment. Plus, as frequent reader and gift-from-above-contributor Kate put it when she sent me the image:

"It gives me unsavory mental images of Captain V asking women if they'd like to lick his peppermint stick."

On that note, have a Happy New Year full of randomness and bad super hero costumes, everyone! And because we're all about the education here at HeroMachine, allow me to share with you a tip from the book "Atomic Wedgies, Wet Willies, & Other Acts of Roguery" on how to avoid an atomic wedgie. If only this helpful tome had been around in the Forties for Captain V! 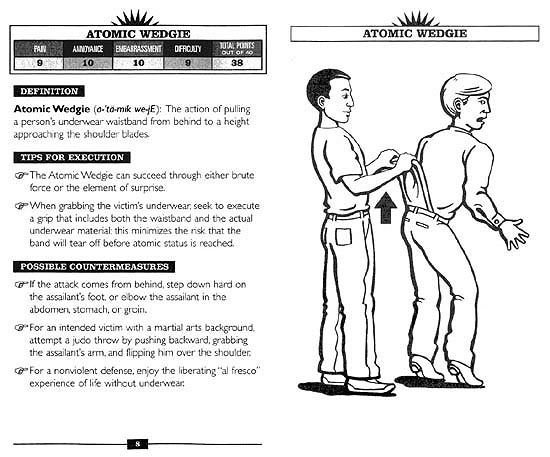 3 Responses to Unfortunate adventures in super-patriotism