I'm happy to announce the release of the first set of items for the female template in HeroMachine 3, "Tops-Female-Standard", which is a duplicate of the Tops-Male-Standard set only, you know, for girls. The items are a one-for-one match to the Male set, so don't expect to see anything new yet. Here's a look at some of them: 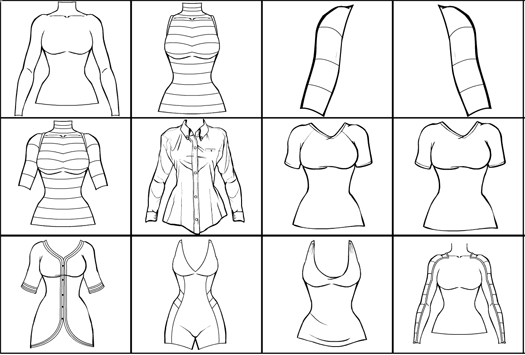 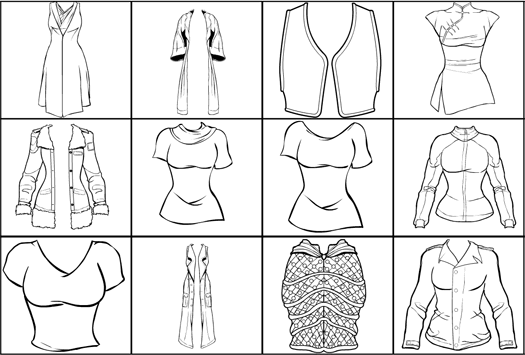 Hope you like them! I will likely next be moving on to "Legwear-Female-Standard" so that you have at least some options for properly outfitting a basic woman character. After that, we'll see -- probably either the Spandex stuff, female hair, or something new like Tops-Female-Halters.