At the urging of a couple of comments in the previous post, here's an updated version of the propose shoulders-square female figure. The new one's on the left, with "more finishing details" like toenails, better hands, etc. and slimmer hips, along with arms more akimbo: 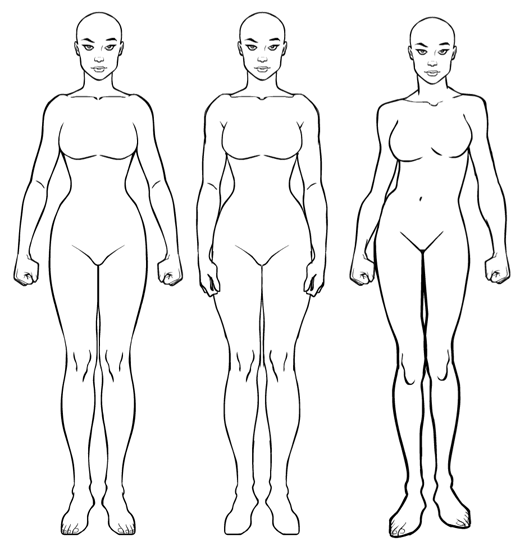 Let me know your thoughts on these, which you prefer, etc.