I am happy to announce that the winner of Caption Contest 60 is ... Niall Mor! 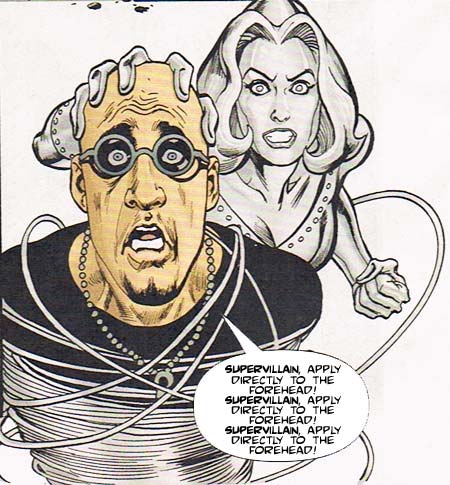 The other entries that I thought were particularly good this week were:

Those were all original and good takes that I'd not have thought of, so hats off to you guys. Extra bonus points (not currently redeemable for anything) go to Ben Trafford for "Best Comic Book In-Joke". I also really liked Halloween Jack's version of the lubricant joke, but didn't think it was appropriate for the space. Funny, though!

As the winner, Niall gets to pick either any one item or a caricature of his face to be part of HeroMachine 3's final release, so congratulations to him!

I'll also take this opportunity to note that if there's a pistol you really really wanted to go in (say, the Desert Eagle, which I still don't see making a separate slot for since there's something very very close already), winning a contest is the best way to go. So start thinkin'!

Thanks to all our entrants, and good luck with the next one, which should be posted shortly.