HM3: The sky is the limit

I've just released the "BackgroundSky" set for use with the HeroMachine 3 Alpha. Here's a taste of the first page of items in the new set: 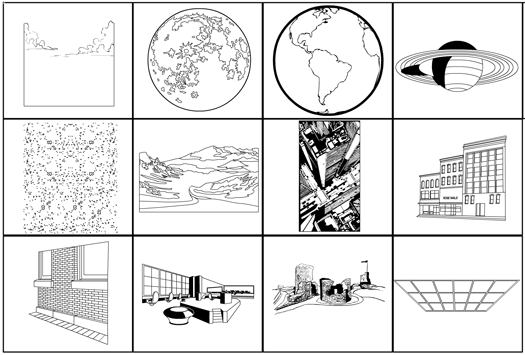 While most of these can be used singly, you can get some really nice settings by toggling "multiples" on, and combining some of the Sky items with Floors. For instance, the tree with lawn from Floor layered over the rickety rope bridge also found in Floor, with the waterfall and rock item from Sky, makes for a cool jungle-explorer setting.

Drawing these environments takes a really long time, as you can hopefully see from the level of detail in them. So I understand there are a lot more Sky and Floor and other environmental goodies that could be done, but I frankly am kind of sick of them at this point. We'll circle back and fill in the (sizable) gaps before launch -- for instance, there are lots of "wizard's lab" types of items that would work great.

Also, I realize that "Sky" is probably a bad name for these, since after the first four or five items I kind of ran out of actual "sky" stuff to do, and instead is more like a "middle ground" sort of set. But I didn't think anyone would know what "middle ground" meant. The sets in this slot are all sort of a jumble, but if it's too odd I can always go back and reorganize, just let me know.

Finally, I'll be moving on to Kneepad items next. Would they go better in the FootRight and FootLeft slots, or should I put them in Legwear? And let me know any specific knee-pad types of items you would want specifically to see.

26 Responses to HM3: The sky is the limit