HM3: We got pantsed

I've just updated the HeroMachine 3 Alpha with the "LegwearMaleStandard" set of items. All of the basic items from HeroMachine 2.0's Pants set are there, plus a bunch. Some of the more esoteric suggestions from the last thread will have to wait for specialized sets, but I've got them written down. I wanted to get the basics in first. Holler if you see anything egregious missing.

I hope you like them! Just as a teaser, here's a set of four items from the HeroMachine 2.0 Pants-Standard genre side-by-side with their new versions in the HeroMachine 3.0 LegwearMaleStandard set: 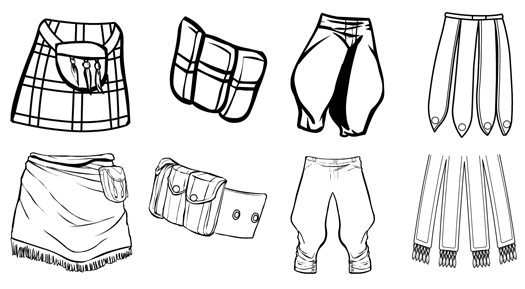 31 Responses to HM3: We got pantsed