Ian and I have completed work on his prize for winning Caption Contest 42, a character named "Mustang Sally" from his forthcoming novel:

Your chance to win your own custom black and white illustration of whatever you like is going on now, with Caption Contest 44, so head on over and try your luck!

Edited to add: Original HeroMachine version after the jump if you're interested. 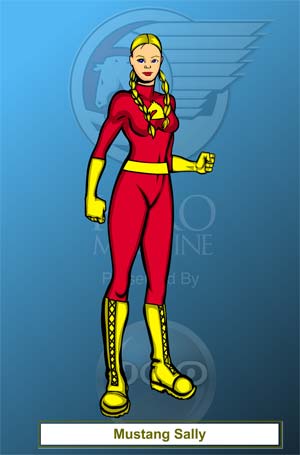