We've finished the prize for Caption Contest 19, won by HeroGallery. We decided to do one of his HeroMachine creations, Callavera (seen here). The first rough "pencil" sketch looked like this:

HeroGallery requested some changes, specifically "could you made him stand, and one gun is pointed at the viewer and give him an angry expretion [sic] too". So it was back to the drawing board (well, drawing mouse pad anyway) and we finally settled on this version: 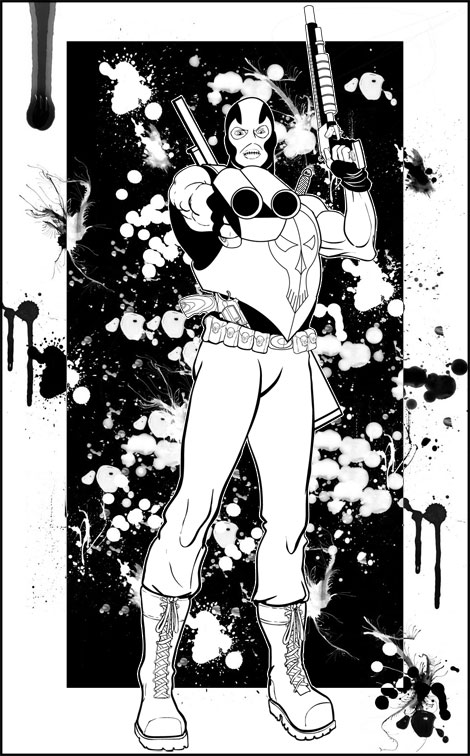 It's not too late for you to win your own custom black and white illustration of whatever you like thanks to Caption Contest 21, going on now!