Rick and I have completed his winning prize for Caption Contest 15, "Emissary". The description Rick sent me was:

[T]his is a future alternate reality version of a hero I created. His right hand is a conduit for a destructive form of energy. The use of this energy corrupts his mind and body each time he uses it. In his heroic version he avoids using it at all costs. In this version, tragedy has driven him to give in to it and become the Emissary. I see him in flight with an arrogant pose, looking down on the world or just above a crowd of people. I kind of had the final version of "Micheal" from the Korvac Saga in The Avenger in mind when creating him if that helps. 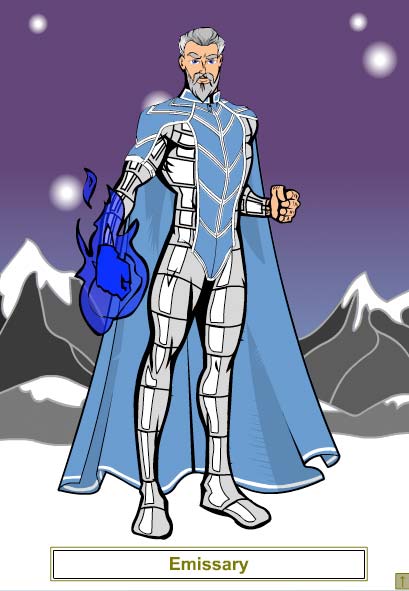 And here's what we came up with at the end of the process: 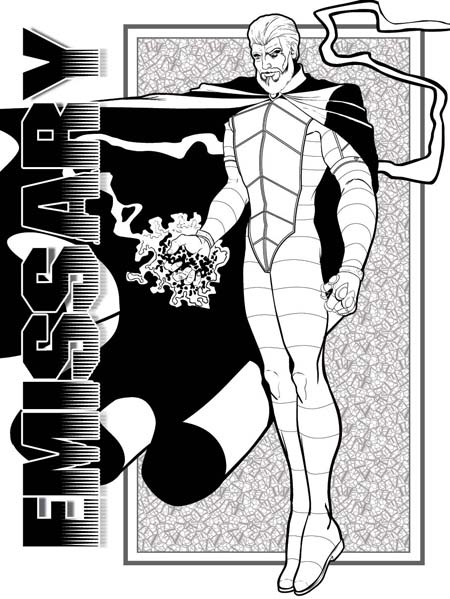 If you'd like to win your own custom black and white illustration of whatever you like (within reason), take a shot at Caption Contest 17, running now!