Posted on May 29, 2008 by AFDStudios | Comments Off on Dr. Strangeporn

I'm the last person in the world to complain about an artist using reference photos for their comic book layouts, because I do it all the time. But women in comics are treated poorly enough without having your entire reference file consist of images from "Playboy", as appears to have happened in the pages of Doctor Strange (issues 10-14): 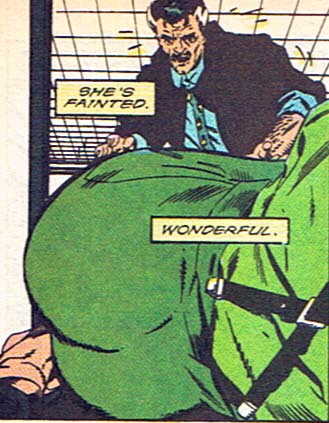 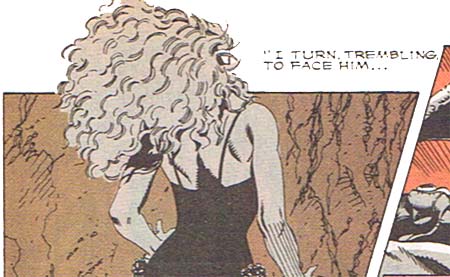 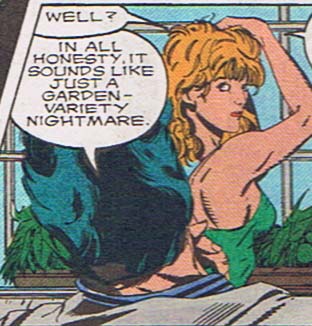 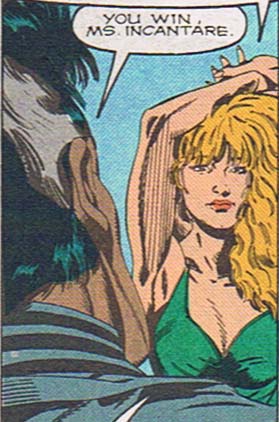 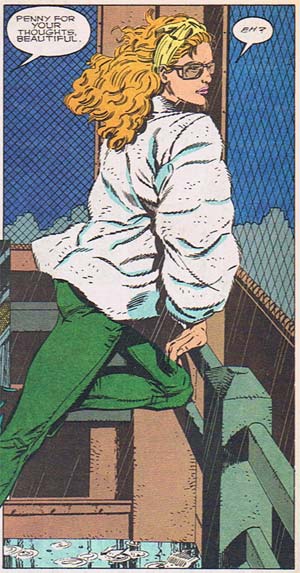 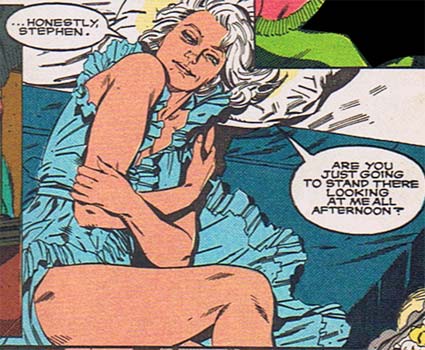 I'll grant you, the woman in most of those panels is the Enchantress, whose whole shtick is being a vamp, but that doesn't absolve you of the need to make your figures look convincing. Part of the problem when using pornographic magazines as your primary photo reference is that the women in those spreads are rarely in anything resembling a pose you would see in real life.

Look at the third and fifth ones -- who stands like that while having an actual conversation with someone not currently acting as a photographer? Granted, Dr. Strange is a major pimp-daddy, but then you get the next panel where she's ... I don't know, preparing to perform gymnastics off the top rail of the Empire State Building? ... and Dr. Strange isn't even there. It's weird. And kind of creepy.

And that last one is of Cleo, the leader of an entire universe and one of the most powerful sorcerers in existence. Do we really need to see her looking like a heroin addicted model suffering from acute withdrawal while clad in a nightie in the fetal position?

If you're going to use reference photos, that's totally cool with me. All I ask is that you expand your collection beyond what Mr. Hefner has delivered to your door. Although come to think of it, Dr. Strange also wears a smoking jacket fairly often. Hmmmm ...