Welcome to another edition of the Random Monday Mashup, my weekly effort to make an entertaining story out of one (and only one) panel from each of ten randomly selected comic books. This week we encounter two terrible parents, an invasion by alien crocodiles, and an orphanage doubling as a lab for experimenting on humans. And awaaaaaay we go!

Our story opens on an Earth ravaged by an invading alien army, resisted by a small band of courageous men: 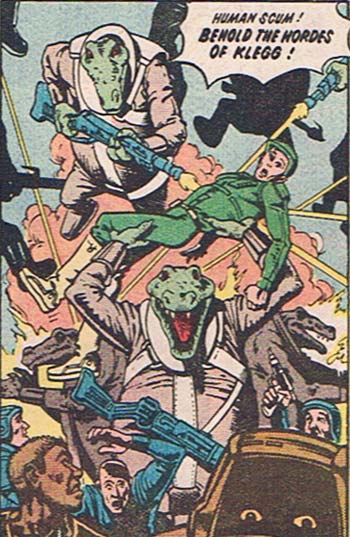 Watching from the sidelines are three handsome but lazy members of the local GROSS (Get Rid of Slimy girlS) club, including the buff Osar, who makes a shocking observation: 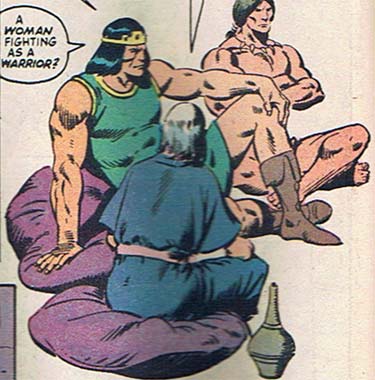 Indeed, a woman not only fighting as a warrior, but helping to lead the resistance to victory!

With the dangerous fighting over, Osar hurries on to the promised party and soon makes his move on Arizona, the winsome and doughty warrior woman: 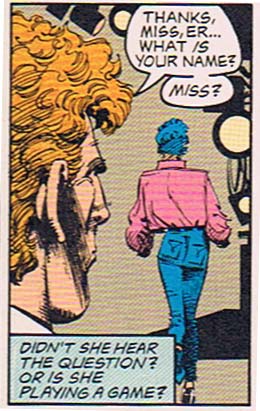 Desperate to have her, Osar kicks his game up a notch!

Incredibly, Arizona accepts the strange offer, bringing Osar back to her apartment where she promptly hands him her newborn son. 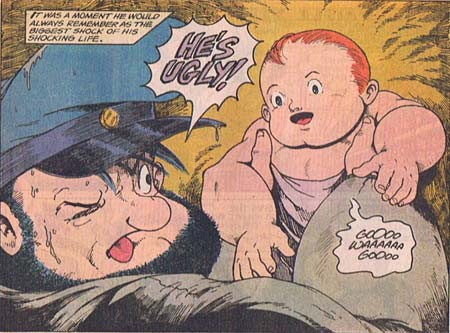 She tells Osar her plan -- if he'll dump the ugly lump at the nearby "orphanage" (H.E.L.L.), they can have their fun. 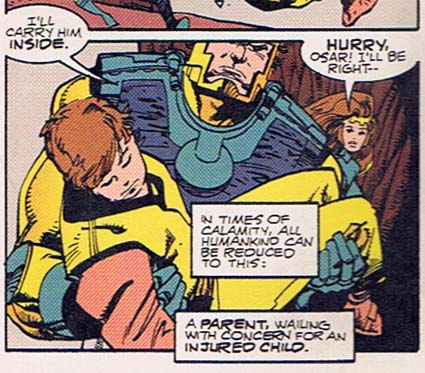 Well, maybe "injured" isn't the right word when the only thing wrong with the lad is that he's ugly, and maybe "concern" isn't the right word for what's motivating the amorous couple into dumping the kid off at the local gene store, but dump him off they do, leading the staff to an amazing discovery. 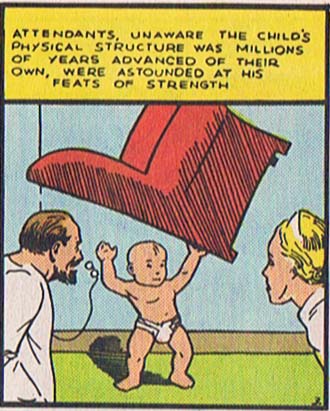 Indeed, the lad's feats of strength are astounding, if by "astounding" you mean "let him beat the snot out of the facilities". 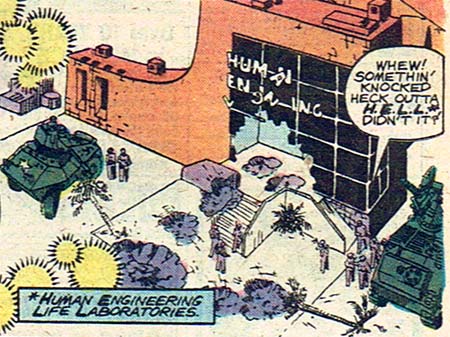 When the crappy couple learns of the babe's astounding powers, Osar throws up from the realization that he has helped give away what could have been his lifelong meal ticket. 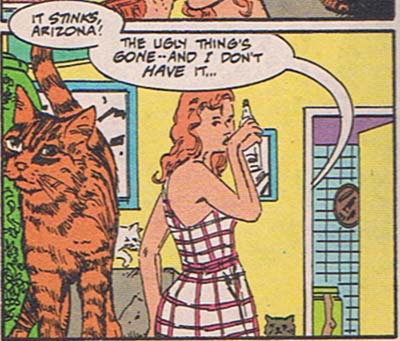 Such are the wages of lust and misogyny, my good Osar, maybe next time you'll pay less attention to your hormones and a little more to the rights of women and children!

The comics in today's Mashup in order of appearance are: