The rules of the Monday Mashup are simple: I take one panel only from each of ten randomly selected comic books and try to make a coherent -- or at least entertaining in an insane kind of way -- story out of them. This week brings us "Assault on Taco Bell"!

Our tale opens at the JFK Airport lobby Taco Bell, where two sisters -- one an intrepid journalist and the other a Taco Bell cashier -- prepare for another day of undercover investigative reporting on the oppression of fast food workers.

Little do they realize that the top brass at Taco Bell Incorporated are on to them, and have prepared a heavy assault team to put a stop to their snooping, which even now is preparing to move in on the unsuspecting duo. 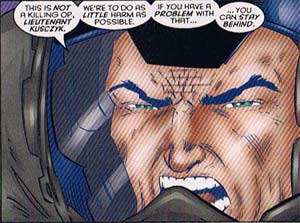 Having no intention of staying behind, Lieutenant "Phreaky Deac" Kusczyk gets right to work cutting the lobby's communication circuits, making a fortuitous discovery as he hacks into the lines. 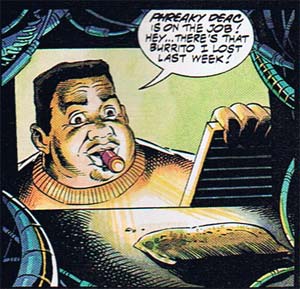 With Deac distracted by the gastronomic gut-bomb and the lines therefore uncut, the police hear the radio chatter of the strike team's planning and respond rapidly. 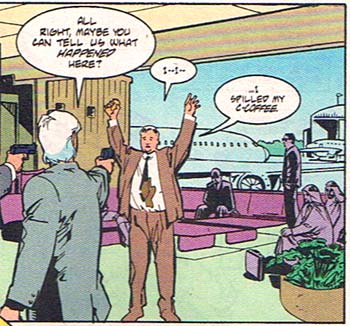 As bad as a spilled cup of coffee might be, however, the horror of a stained shirt cannot compare to the mayhem unleashed as the Taco Bell Strike Team finally makes its move! 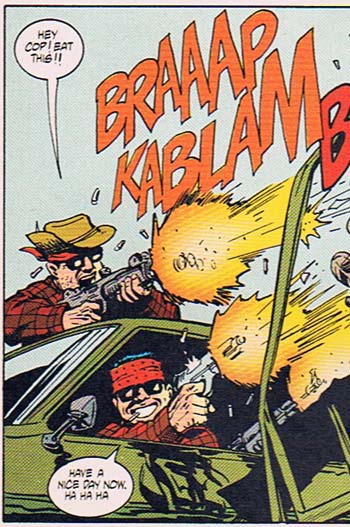 All hell breaks loose, with cops fighting corporate mercenaries, while the sisters fall back on emergency escape plans they'd set up long ago: 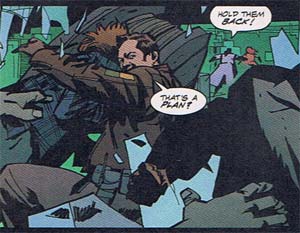 Unfortunately, Lois (or "Slammazon" as she was known in her pro wrestling days before becoming an ace reporter) gets caught up in the mayhem and lashes out! 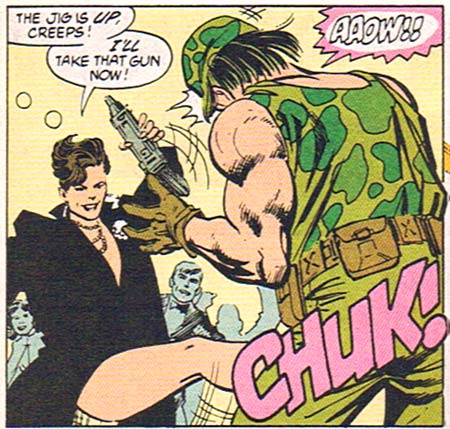 Alas, Slammazon is too fury-filled to heed her sister's warning, and it falls upon one of the security detail to rescue poor Lucy, who has just gotten savaged by one of the female strike team members. 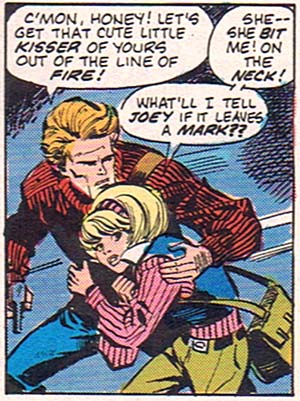 Yes, all she could think about at that moment of mortal peril was not the story she was working on, but her beloved Joey, who had just arrived at the airport Taco Bell for a break-time date with Lucy. 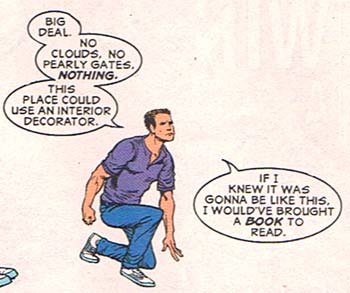 Realizing that Joey is far more interested in both interior design and Carlos, the new head cook at Taco Bell, than in her womanly charms, Lucy's dreams of love and marriage lie shattered in the broken glass of the airport lobby.

Will Lucy find a straight man to love? Will Phreaky Deac ever get to eat his beloved burrito? Will Lois "Slammazon" stay in her career as a reporter or return to the wrestling ring with the new name of "The Racker"? Tune in next week for answers to these questions and more in an all-new episode of Monday Mashup!

The images and characters above are from the following comic books, in order of appearance: