This week's "Random Monday Mashup", wherein I take one (and only one) panel from ten randomly chosen comic books to try and make a story, features the adventures of Baja Wally, sex-ed teacher from the future. Plus roller skaters!

Mr. Creepy walks home from an adult movie he has just screened with a new-met young friend, who is discussing the film's starlet: 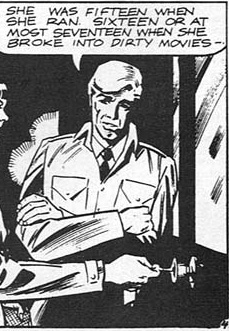 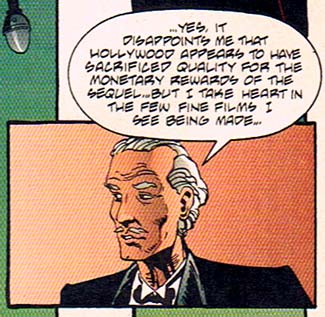 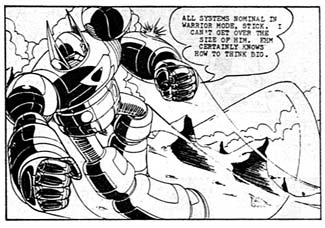 The students in his sex-ed class are duly impressed, male and female alike: 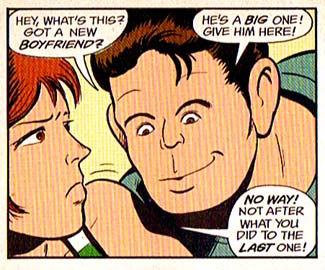 Unfortunately the inventor, Baja Wally, isn't as experienced a controller as the robot body's overgenerous proportions might promise, and he quickly panics:

Alas, Baja Wally does indeed intensify the rebound effect with explosive, catastrophic results, destroying his sex-ed robot, and leading to a long class debate that ultimately sends one of the students into a fit of rage! 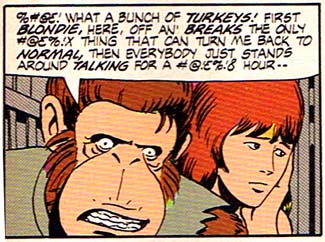 The passion spreads to more and more students, who come up with their own solutions: 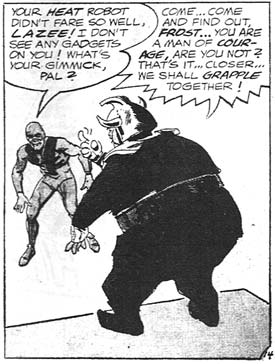 And grapple together they do, trading costumes as fast as they do classmates, up to and including both a bad cravat and an even worse leather mask: 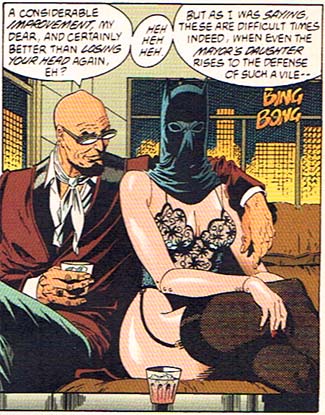 Ringing the doorbell is none other than the kids from Skateboarding Swingers 101 down the hall, looking for a good time! 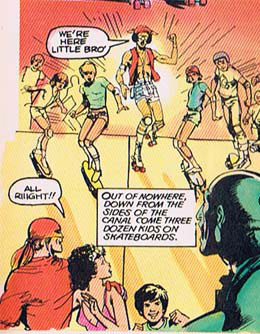 Eventually Baja Wally repairs his robot and everyone earns an "A" that year, including Mr. Creepy's fine, young, Baja-Wally-Robot-Sized young friend, so all's well that ends well!

Notes and References:
The issues from which the above images are taken are, in order: