This week's "Random Monday Mashup", featuring one panel only from each of ten randomly selected comic books, begins in a seedy London bar with a conversation between a bartender and a thrill-seeking young motorcycle salesman named Tommy:

But the gregarious barkeep will have no such depressing talk! 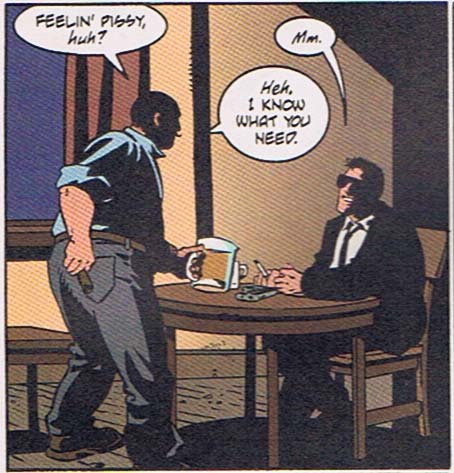 Whatever Tommy might need, Billy "Six Pack" Hacken with his hand down his pants is not it. He decides to show the squat little man to the nearest exit: 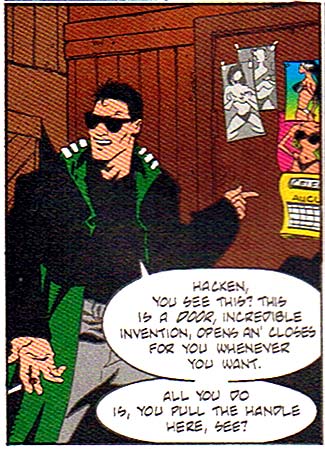 Waiting on the other side of that door, however, is someone Tommy never expected to see again, announced by England's tallest cross-dresser: 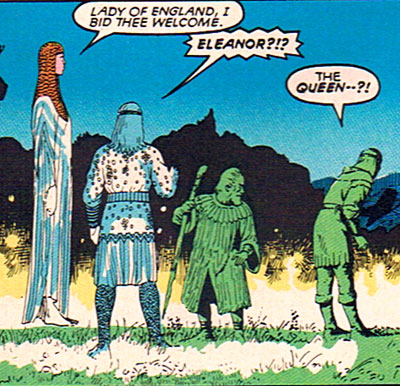 The other garishly-costumed bar patrons gasp in disbelief, for Eleanor Rigby had died in a church where her wedding had been! 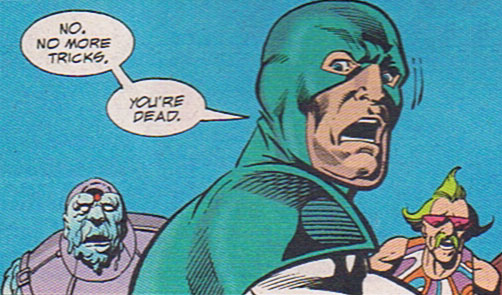 This vampy queen is certainly no corpse, however, and -- as Tommy quickly realizes -- is far more interesting than either vampires or hairy fat men in foolish costumes. He makes his move. 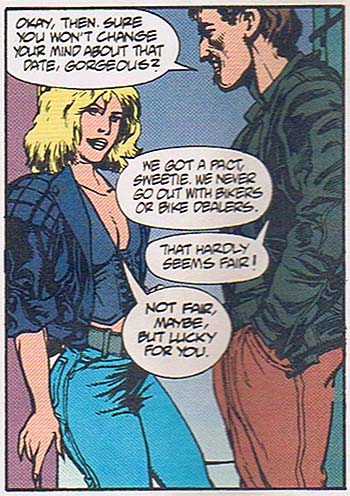 The queen quickly relents, however, after letting Tommy twist in the wind a bit. 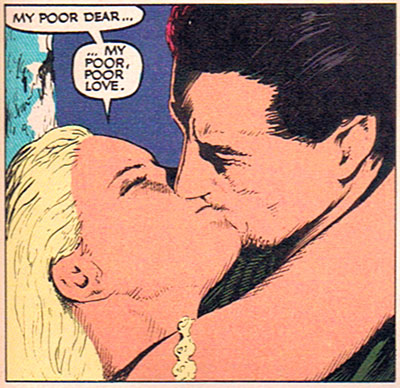 Not wanting to get things over with too quickly in his excitement, Tommy has a quick imaginary conversation with his over-eager little "friend": 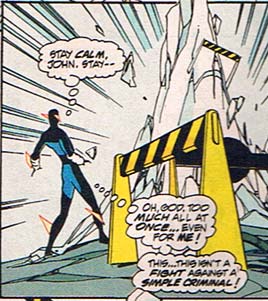 But it turns out the super-powered drunken bar patrons had been right all along -- Queen Eleanor Rigby had indeed died, only to come back as a horrible Vampire! With Tommy in her clutches, she reveals her true nature: 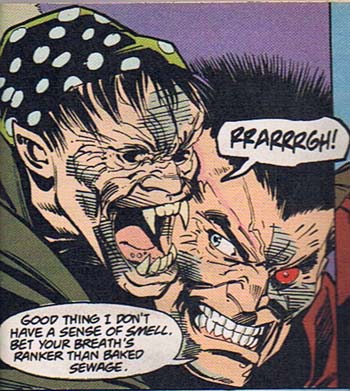 And so the evening draws to a close, with Tommy having unfortunately found the vampire he sought, much to his ultimate dismay. Let that be a lesson, kids -- never slink around in super-hero bars trying to pick up undead chicks. It never ends well.

(Comics featured in this week's Mashup are, in order: