Tweak (and I don't mean the South Park character)

Posted on January 26, 2008 by AFDStudios | Comments Off on Tweak (and I don't mean the South Park character)

Sometimes I get the impression that non-artists think illustrations just leap full-blown and ready-made from the pen to paper, already fully formed and perfect. My friend, nothing could be further from the truth. The odds are that the image you see in front of you has been through more revisions than the story you're concocting to explain to the nice police man why you're naked on the neighbor's front lawn. Here's an example from my own work of what I mean.

This illustration was for the "Legends of Steel" RPG being developed by my friend Jeff Mejia. He wanted a character sketch of young nobleman Talon Ironhawk. Here's my first pass at it (click on any of these to see them at their actual size, without distortion):

Jeff replied that the character was too old, that he should be much younger and not quite so grim. Now, when you're an illustrator, time is money. Having to completely redraw something takes hours, hours which you're not spending getting new dollars to roll through the door. (Believe me, getting dollars to roll in the first place is plenty hard enough, you don't want to do anything to make it more difficult.) So I tried to get away with just redoing the face and adding a Three Musketeers type of facial hair effect, because nothing says "youthful exuberance" like a beard and mustache that went out of style 200 years ago:

Close, but no cigar, was the reply. He told me to lose the facial hair as Talon wasn't really old enough for that sort of thing, and so I ran off and did a color version with those changes: 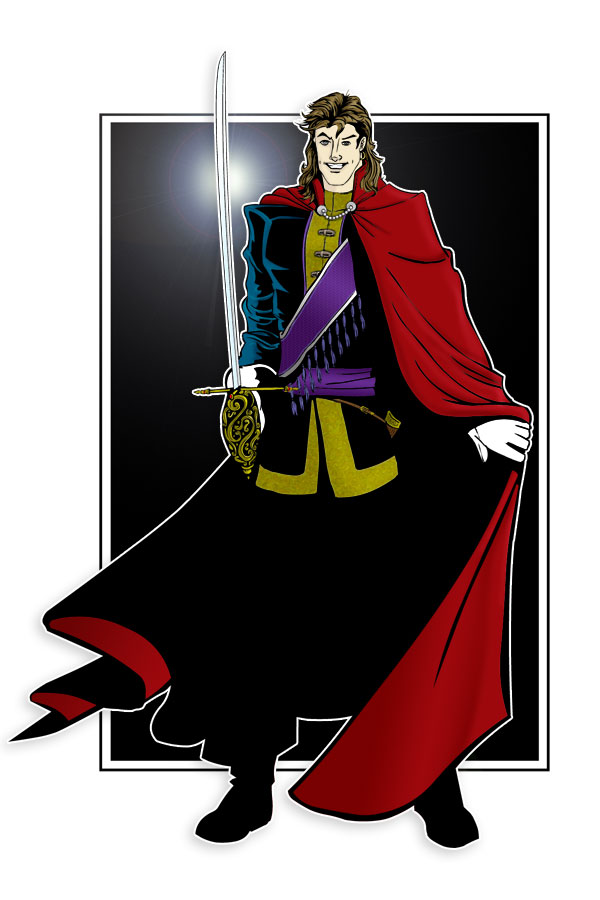 Luckily Jeff was not to be distracted by pretty colors, and rightfully declared that this was still not really what he was looking for. At all. Talon was supposed to be a young noble, just starting out on his life of adventuring. He'd have nice but functional gear, no flashing gems and whatnot. This pose was just too flamboyant and frivolous, and he still didn't look young enough. Realizing that I'd just not done a good job at all on the first illustration, I started from scratch and redrew the entire thing, finally ending up with this: 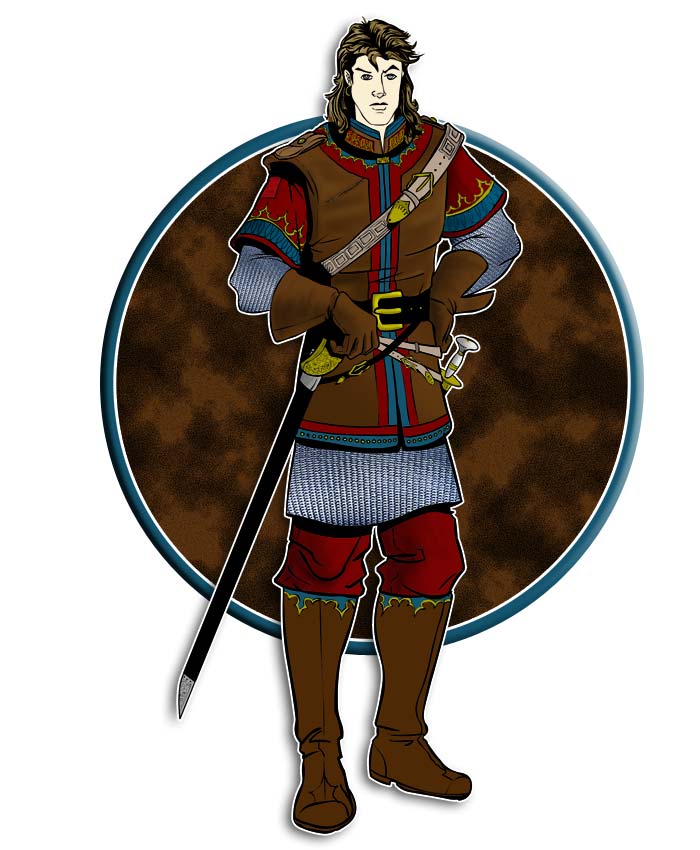 The final result is so much stronger than the initial versions; I'm really glad Jeff had the vision to know what he wanted, and the intestinal fortitude to ask for it.

This was actually a pretty easy project, I've had some that went through many (many!) more revisions before finally being accepted. And some never got accepted at all. So next time you look at that pretty illustration in your favorite magazine or comic, don't kid yourself that it was done all in one fell swoop. Behind every elegant line and perfect color is hours of tweaking; don't get discouraged if it takes you a long time to get your drawing just right. Believer me, you're not alone!