Posted on January 6, 2008 by AFDStudios | Comments Off on Stealing from yourself

One of the key advantages to using Flash as my illustration platform is that I can easily steal from myself. Take the example of Harry Kruger, NASA bigshot: 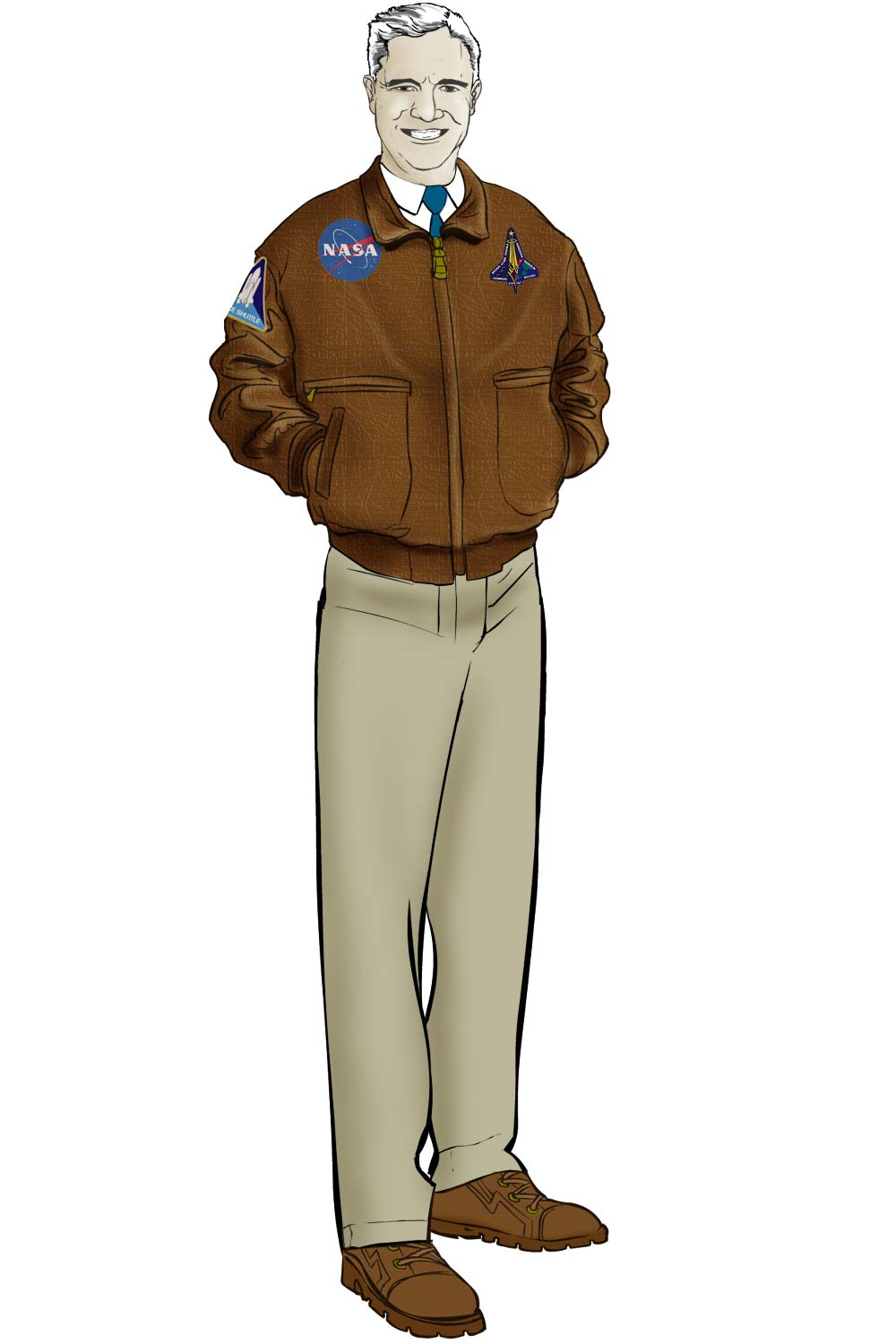 Harry is a character by Neil Ma from the Uberworld Play By eMail (PBeM) shared universe I'm involved with. Take special note of Harry's face, because I chopped it up and put its pieces into the HeroMachine expansion.

I created the original set of facial features in HM2 by drawing the eyes, noses, mouths, eyebrows, and ears all separately. As a result, they don't always look great put together. So with the Expansion, I took pre-existing faces (either from photo reference or from prior illustrations I'd done, like Harry) and cut up the individual features. That way, when they're put together, you come out with a pleasing whole that fits. As an added bonus, they still look good mixed and matched, too, which is always nice.

This sort of thing is much more widespread than I think most people realize. It's not a bad thing to recycle artwork you've used before, and having your originals available in a digital format (especially a lossless vector format) makes it that much easier. I've even duplicated entire figures as background elements for a different illustration, saving a ton of time and making the final result that much better.

So if you're going to steal, kids, steal from yourself!