It wasn’t that hard really. It is worthy it, because of the effect.

Anyway, back to Experiment 1. (You think that the rainbow hair is time consuming, try the feet on this one) 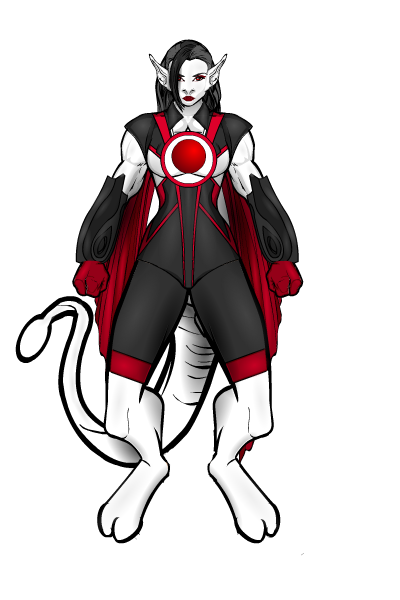 Whilst she was running from the army and other forces who want to capture her, Evee (as she had christened herself) discovered that she could activate her alien DNA to a much greater extent than first thought, transforming herself into a more alien form, more similar to the original alien source. In this form, her psychic powers become almost cosmically powerful, enabling her to control almost anything she can think of, removing the effects of gravity, rearranging the molecular structure of objects, becoming empathic and telepathic with animals, amongst many other things. However, as she is barely able to control her normal powers, switching to this form is dangerous for her and anyone around her. Unfortunately, she can’t control when she switches form, so she is either unable to switch when she needs more power, or unable to change back to human when she doesn’t want to be noticed.