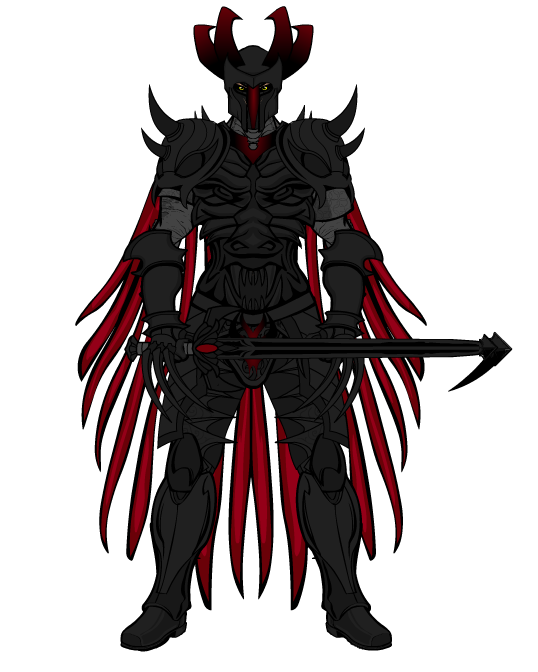 The Dragon Knightess, Lord Alvarard’s personal bodyguard and his greatest creation. A product of Alvarard’s magical experimentations, nothing is known about who the Knightess was before her transformation. Well nothing is known to anyone but Alvarard, if he even cared to know to begin with. What is beyond doubt is that whoever she was she was most definately a magic user of some form, be it a sorcerer or witch, as she displays the ability to use magic (although in a much more primal and animalistic way than any trained magic caster, probably down to the experimentation). It is also certain that she was not a willing participant, none of Alvarard’s test subjects ever are. It isn’t even clear if she is truely partially dragon as her name suggests, the dragons of myth have not been recorded in thousands of years, so where Alvarard would have collected material for a successful cross-transfiguration is a mystery to say the least. What we can know for certain is that there is little, if anything, left of the woman she was before. Nobody undergoes the physical and mental trauma she has gone through and come out the other side anything other than broken. And yet, she is looked upon with reverance in Foegnear, the denizens of the pit gazing upon her as the best hope of what they might become.