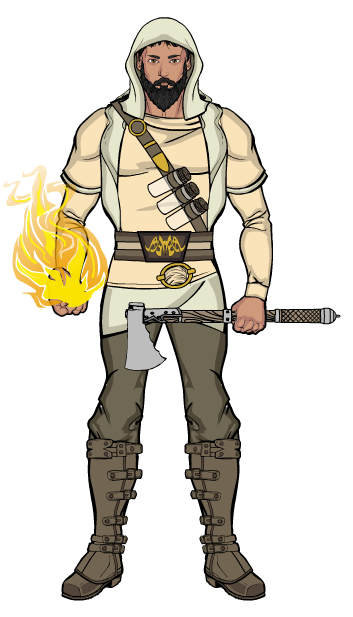 A skillful, but sometimes clumsy pyromancer, Henrik showed from an early age that he was adept at the ancient art of controlling conflagration. However, his practice of pyromancy also led to his expulsion from his home, the village of Albarnen. Though pyromancy is one of the many magical arts that is banned by the Church, that was not the primary reason for his exile. It had more to do with the location of Albarnen, which is a wooden village built on stilts in the middle of Lake Varnen, the largest lake in Doredain. However, Henrik tries to make the most of his situation. Ever the optimist, he now travels the land of Doredain, trying to learn more of the secrets of pyromancy, whilst dodging the knights of the realm and church assassins at every turn.