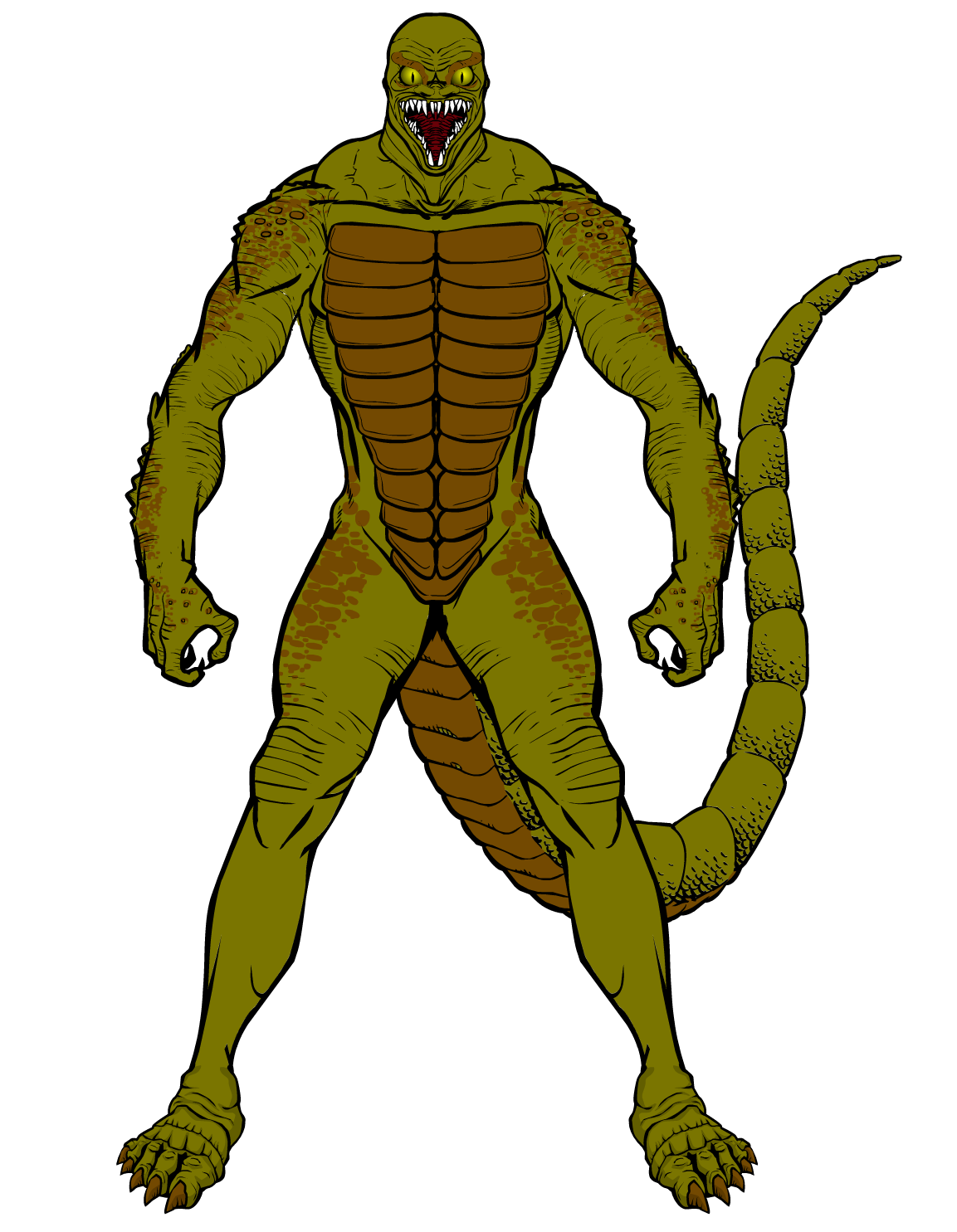 Formerly a bio-geneticist called Richard Owen, this reptilian abomination was created through the accidental merging of human and reptilian dna. The exact hows and whys of the incident are currently unknown to the public, as the company Owen was working for are fighting vociferously to not disclose their process, but it is speculated that Owen was part of a team trying to create some new experimental gene therapy (or to genetically engineer a dinosaur if you are part of the conspiracy prone). However it occured, Owen is essentially no more, his personality reverted to a much more beastial, primal state. The creature dubbed Dino Sapiens by the media, is undoubtedly dangerous and seems to be in a ongoing state of mutation, potentially adapting between its two conflicting gene pools to suit the situation. Should the creature gain human level intelligence and problem solving abilities whilst retaining the stronger base predatory instincts of the reptile then it could become a serious threat.