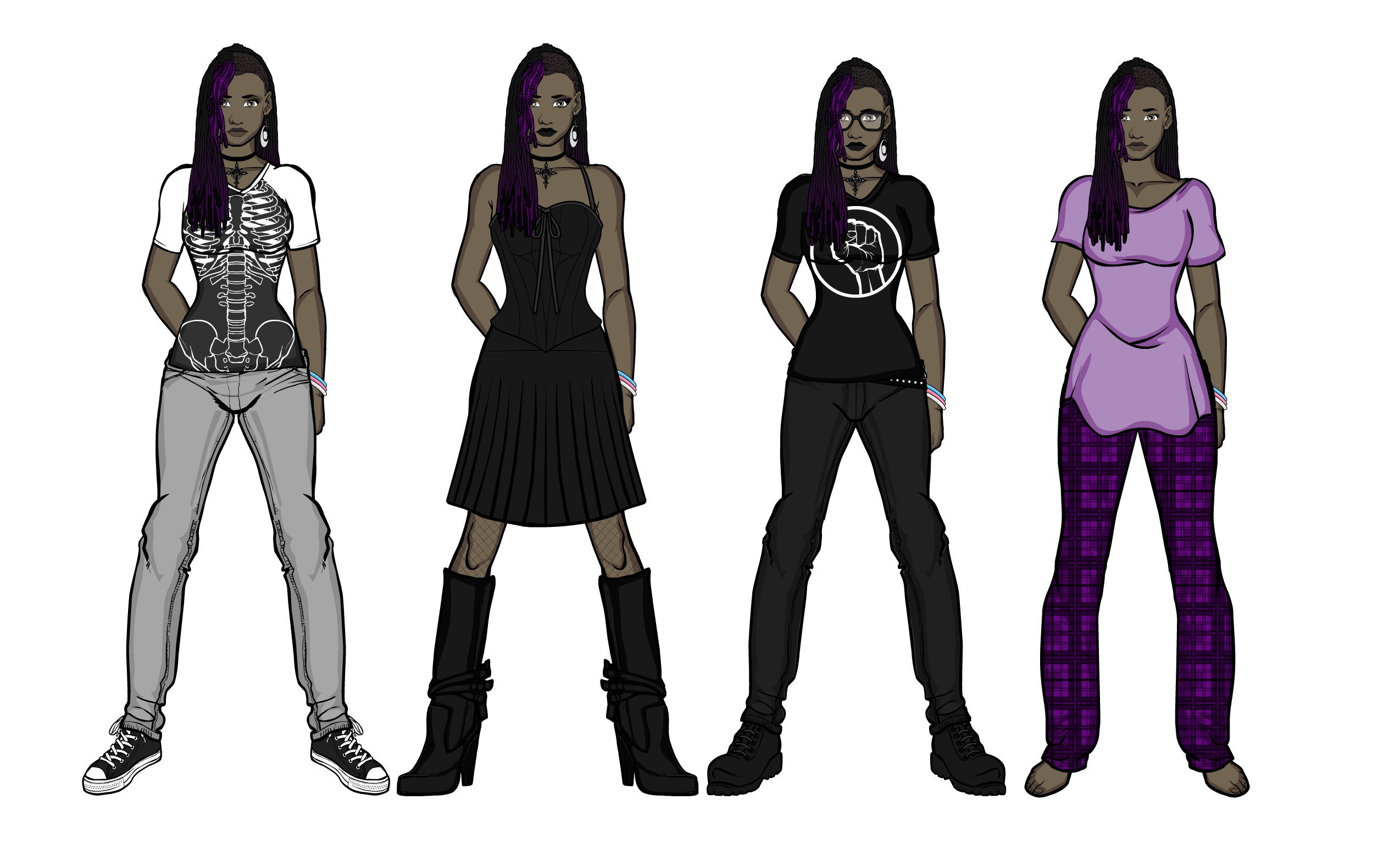 Extra Facts:
-Trinity is really, really into Fantasy. Books, games, films, you name it, if it’s fantasy, she likes it. Her favourite games of all time are Skyrim and the Dark Souls series (yes, even DS2), and she is a big Tolkien nerd. She also loves DnD. She even managed to get Lili and Lauren into it, then one thing led to another, Danni and Sarah got dragged in (in Danni’s case literally. I don’t think any of the girls could drag Sarah if they tried) and now Trinity hoasts a DnD evening every Thursday at her house.
-Trinity has a younger sister called Maisie, who is deaf. As such, Trinity learnt sign language from a very young age. She is very close with her sister and Maisie was actually the first person Trinity came out to. It was only through Maisie’s support that Trinity found the strength to come out to her parents and Maisie was excellent emotional support throughout Trinity’s transition.
-Trinity used to be in a band in school. They were a metal band and she was the singer. Unfortunately, they didn’t get far, their style of music wasn’t exactly very popular around the school and Trinity never felt comfotable performing in front of all of the teachers and students, because she was afraid people would laugh at her. She looks back on this period of her life with some embaressment now, both because it was before she tranistioned and because, well, they were pretty rubbish.