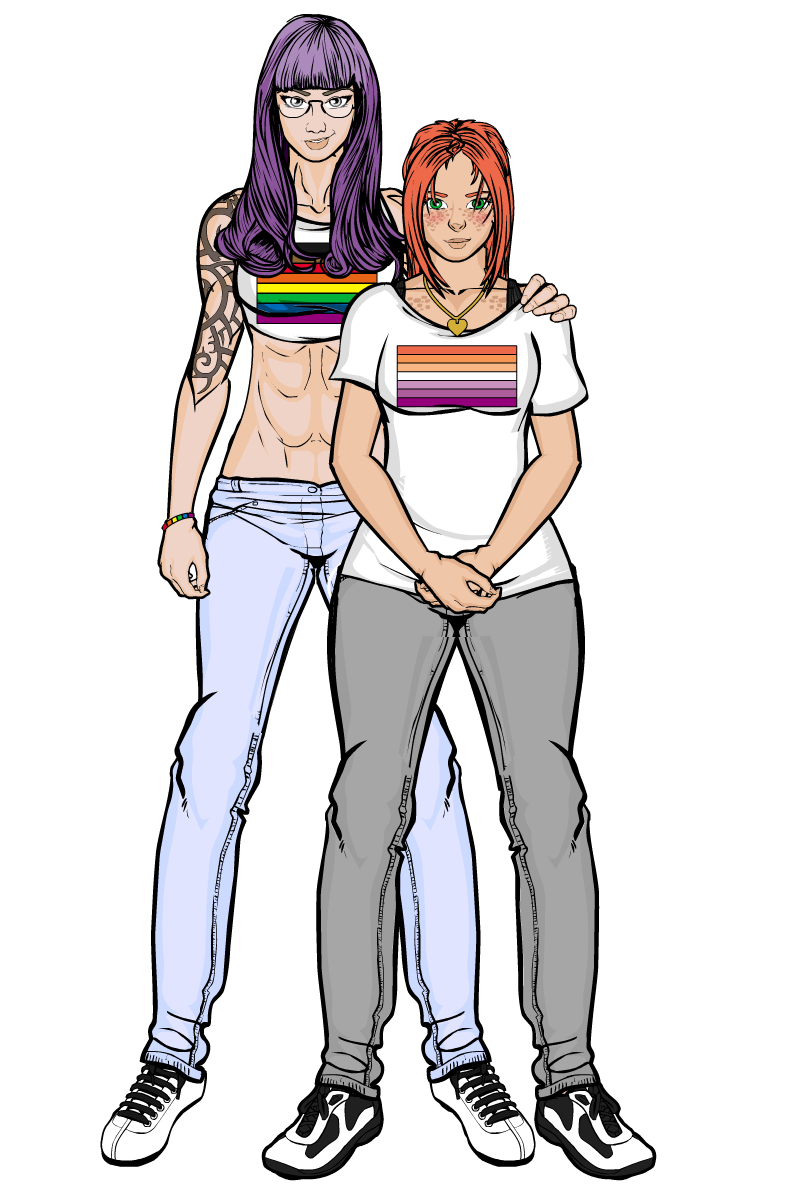 I actually got something done for Pride month. Woop.

So, if I’d planned, I’d have posted my PRIDE redesigns this month, but I did them early and then didn’t have anything else to post, so they went up early. Then I had planned a special commission for this Pride month, but I wanted a specific person to do it and they weren’t available, so that was out (though, hopefully, that is still in the pipeline. Also, speaking of which, if you want to see any of the art I’ve previously commissioned, check out my Deviantart Page (same username). I tend not to post it here because it isn’t Heromachine stuff). So instead, I went back to a very old and well trodden path.

Also, people may have notice that some rather major reversions have happened, alongside some more sublte changes. Yup, I got rid of pretty much all of Lili’s tattoos. As much as I loved the floral sleeve, it was too unweildy if I was going to do any poses that didn’t involve Lili having her arm in one position and one position only. So I reverted back to original Lili (including hair) and changed her original tattoo to something that didn’t involve any work beyond one thing being masked.

As for the more subtle changes, well, both girls now have unique body shapes. Lili has a much shallower waist without being super thin and I’ve changed up Danni’s stomach area and done a little trick on her legs and hips to give her a much fuller figure (not that you can really tell all that much after costumes have been added, but oh well). Also, another reason for the changes/ simplification is that, well, these guys might be another thing I look at getting a commission done for and I know from the last time I got these guys done that Lili’s sleeve is no bueno. I can’t believe Cat didn’t kill me for making her draw all those freaking flowers.

Oh, and I put Danni in the wash on too high a setting and she shrunk….
Yeah, I adjusted their heights, Lili’s now probably around 5’11 to 6’1 and Danni is between 5’3 to 5’5. Dunno why, I just think the size difference is cute I guess.