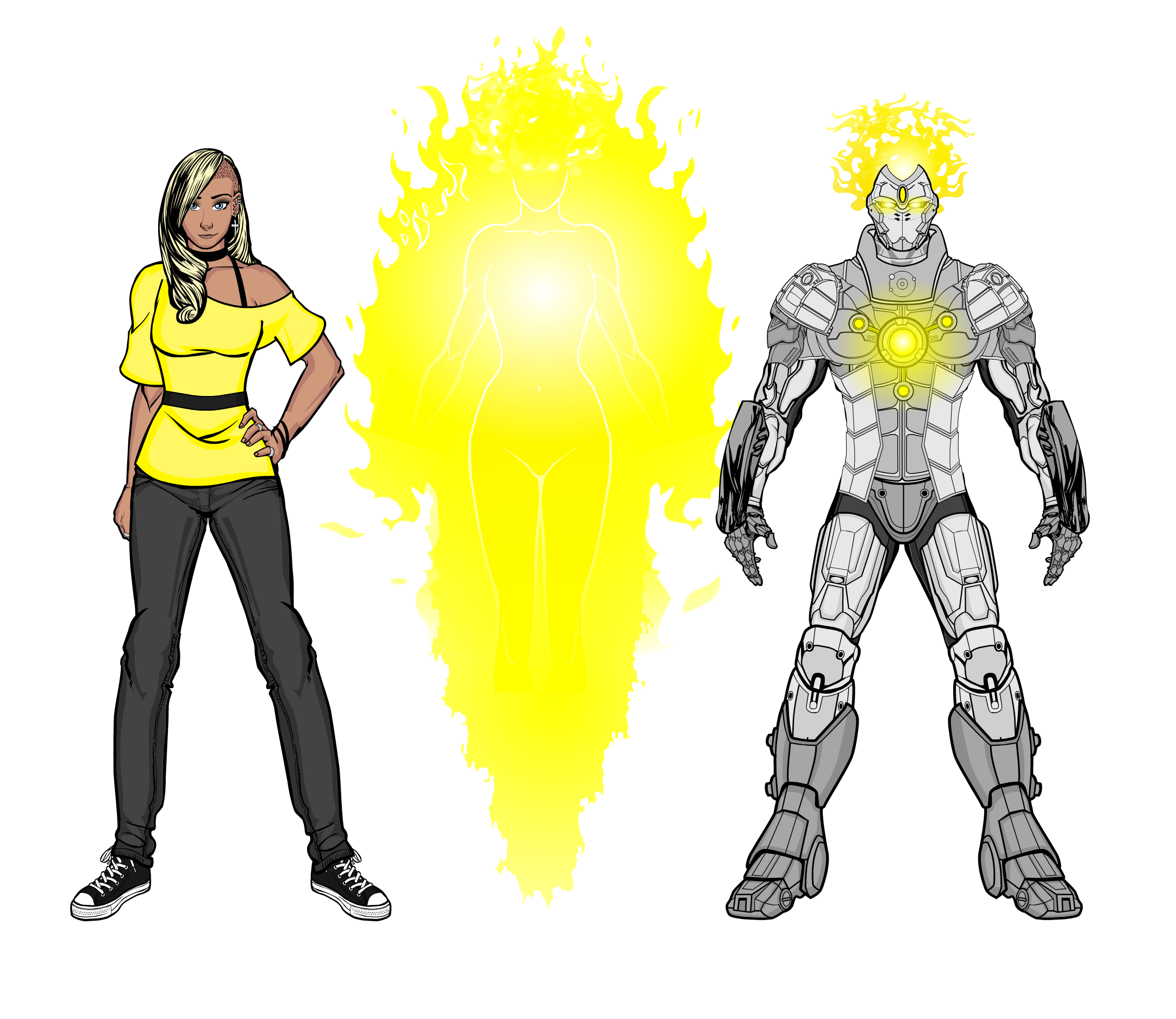 Maya Madison was once a normal girl. She enjoyed shopping, music, hanging out with her friends, normal stuff. But her life changed irrevocably when she came into contact with the Cosmic Force. Barely anything is known about the Cosmic Force, other than it came into existance alongside The Eldar (the cosmic beings that personify the fundamentals of the universe; life, death, time, space and reality) and it is known by numerous names, such as “The Ancient Sun”, “The Light of The Universe” and the “Corona” (as its brilliant glow reminded people of the sun). Even Maya doesn’t know how she found the Cosmic Force, it is entirely possible that it is somewhat sentient and sought her out, but this raises even more questions (why Maya being the primary one). However, what happened next is even more interesting. Maya fused with the Cosmic Force, becoming a being of pure heat and light. Struggling to retain a physical form that resembled something close to a human body, Maya began to burn. She burnt so fast and so hot that everything around her was incinerated for a radius of 3 miles. This sudden explosion of energy did not go unnoticed. It attracted everyone, The Protectors, Team Supreme, even the Galactic Guard and The Veil of The Eldar. The Veil managed to control the energy of the Cosmic Force around Maya, but it was too late to seperate her from it. Now reduced to little more than a psychic ghost within the corona, everything that was Maya Madison was almost completely wiped out by the immense power that overwhelmed her body, only her mind remained. The Veil fashioned a containment suit to allow Maya to interact with the physical world, whilst also constraining the power of the Cosmic Force, and now Maya wanders the stars, looking for a way to return to normal, knowing that she is just too dangerous to return home otherwise.